Carly Fiorina came out swinging at Hillary Clinton today, attacking her for everything from accepting foreign money in the Clinton Global Initiative to not being strong enough on women’s issues.

“Mrs. Clinton, name an accomplishment,” Fiorina said during her speech at the Conservative Political Action Conference (CPAC) in Washington, D.C. “And in the meantime, please explain why we should accept that the millions and millions of dollars that have flowed into the Clinton Global Initiative from foreign governments do not represent a conflict of interest.”

Fiorina, the former CEO of Hewlett-Packard and the only woman in the emerging GOP field, has cast herself as one of the most aggressive critics of Clinton in stump speeches.

At CPAC, she continued the trend of firing at Clinton, the presumptive Democratic nominee: “She tweets about women’s rights in this country and takes money from governments that deny women the most basic human rights. She tweets about equal pay for women but won’t answer basic questions about her own offices’ pay standards—and neither will our President. Hillary may like hashtags. But she doesn’t know what leadership means.”

You can read TIME’s own analysis of Clinton’s Twitter strategy here.

At the end of her speech during the question and answer section, Fiorina couldn’t help but take one more shot at Clinton during a question about the importance of female candidates: “I will say this, if Hillary Clinton had to face me on a debate stage, at the very least she would have a hitch in her swing.” 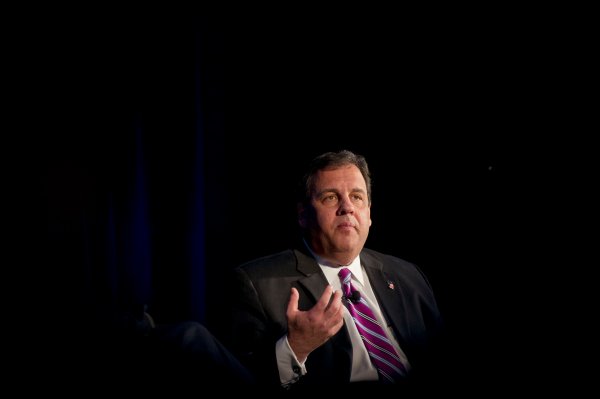 Watch Chris Christie Speak at CPAC
Next Up: Editor's Pick