A video of a 14-year-old Chilean girl with cystic fibrosis asking to be allowed to die has captured attention across the Spanish-speaking world and launched a debate about the right-to-die movement in a region with strong Catholic influence.

“I am asking to speak urgently to the president because I am tired of living with this disease, and she can authorize the injection to put me to sleep forever,” said a teary-eyed Valentina Maureira, addressing Chilean President Michelle Bachelet.

The video, which Spanish media outlets said had been posted to Facebook Sunday evening, shows Maureira sitting on a hospital bed speaking directly to the camera. She explained later that she was “tired of continuing to fight,” according to a translation of a BBC interview. Cystic fibrosis—a genetic disorder that causes problems in the respiratory, digestive and reproductive systems—is a terminal illness that typically results in death in a person’s 30s. In Chile, one in 8,000 newborns has been diagnosed with the disease in recent years, the BBC reported.

Fredy Maureira, Valentina’s father, told radio station Bío Bío Chile that the video had come as a surprise to him, though he said he knew that his daughter had been unhappy in recent months.

“I told her: ‘Daughter, if you want to fight, we will fight. You know how your disease is,'” he told the BBC.

It seems unlikely that Bachelet could authorize the procedure. Presidential spokesperson Alvaro Elizalde said that euthanasia violates Chilean law. Instead, he said, the government would provide Maureira with medical and mental health resources.

“We have to be completely clear, the current norm, the current law in Chile does not allow the government to agree to a request of this nature,” he said, according to Reuters.

The story had spread throughout the Spanish-speaking world by Thursday, with major Spanish language outlets on three continents covering the news, and inspired thousands of Facebook likes.

“I did not think it would get so high,” she told the BBC. “I liked it because [it] motivates people. And this [disease] is a reality.” 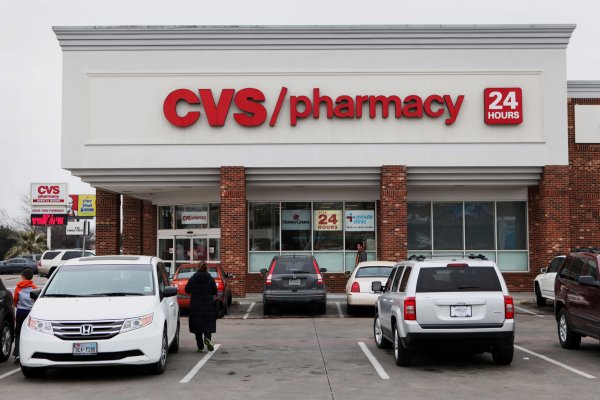 CVS Wants to Be Your Doctor’s Office
Next Up: Editor's Pick