Now You Can Read Comics About Gwen Stacy as Spider-Man

What if there were an alternate universe were Spider-Man was a woman?

Now you can see exactly what that would be like in a new Marvel Comics comic book series. Spider-Woman is Spider-Gwen, as in Gwen Stacy, girlfriend of original Spider-Man Peter Parker. Gwen was killed off in the 1973 Spider-Man comic books (and again last year in The Amazing Spider-Man 2 film). But in this parallel world, the radioactive spider bites Gwen instead of Peter.

Spider-Gwen was originally introduced last year in the crossover story Edge of Spider-Verse No. 2. The first new Spider-Gwen issue came out this week and featured her playing in a female band called the Mary Janes and watching Peter die in her arms after he tried to give himself superpowers to be more like her.

Her reintroduction is part of Marvel’s ongoing effort to reach out to its growing female fan base. In the last few years, Marvel writers have also created an all-female X-Men series, relaunched the comics of female fighter pilot Captain Marvel, introduced a female Thor and created a new Avengers-like, all-female superhero team called the A-Force.

Read Next: Why Marvel Decided to Create an All-Female Superhero Team 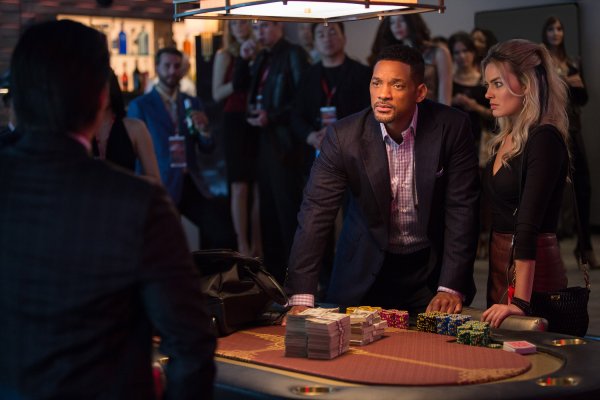 Review: 'Focus': Can Will Smith Do Cary Grant?
Next Up: Editor's Pick