Watch a Video of British Artist Banksy in Gaza

“Make this the year you discover a new destination,” it wryly says, in the style of a tourism video. But instead of sandy beaches, it offers viewers a glimpse of what a Gazan sees “well away from the tourist track”: tunnels, rubble and children gazing at some of the 18,000 homes destroyed last July in Israel’s Operation Protective Edge.

The video also spotlights several of Banksy’s latest graffiti pieces, including images of children swinging from a surveillance tower, a parent grieving over a child in a bombed-out setting, and a kitten donning a pink bow.

“A local man came up and said ‘Please — what does this mean?’ I explained I wanted to highlight the destruction in Gaza by posting photos on my website — but on the internet people only look at pictures of kittens,” Banksy writes.

“The cat found something to play with,” a Palestinian man says during the video. “What about our children?” 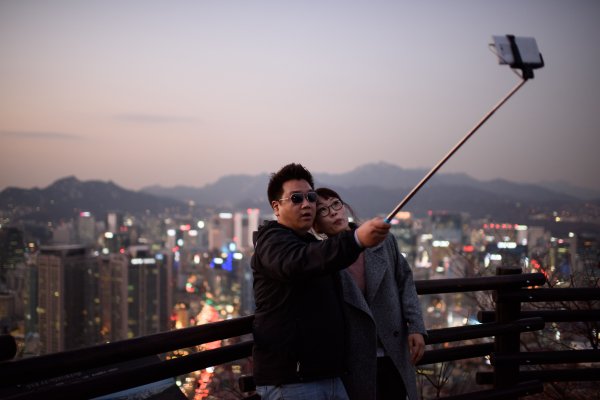 Your Favorite Museum Is Banning the Selfie Stick
Next Up: Editor's Pick