Obama Tries to Stave Off Deportation Woes at Town Hall

President Barack Obama answers a question from the audience during an immigration town hall meeting and Telemundo interview at Florida International University in Miami on Feb. 25, 2015.
Jim Watson—AFP/Getty Images
By Maya Rhodan

President Barack Obama did his best before an audience at Florida International University in Miami on Wednesday to reassure that his administration would be “as aggressive as we can” in the legal fight over his executive actions that would have given nearly 5 million undocumented immigrants temporary relief from deportation.

Speaking to nearly 300 people, Obama used the platform as an opportunity to call out Congress for stalling on comprehensive reform that would offer a more permanent solution.

But the audience seemed most concerned with what’s really at stake for immigrant families amid the squabble that’s put his executive actions in jeopardy. And Obama’s answers on that were less encouraging. In the wake of a Texas judge’s decision to temporarily block the executive order—which the administration appealed on Monday—Obama and Secretary of Homeland Security Secretary Jeh Johnson have said that the judge’s order does not impact the administration’s ability to prioritize criminals and others who pose threats to national security for deportation.

Obama said Wednesday, however, that although his administration will focus on “criminals” and “potential felons,” there is no guarantee that everyone at the Immigration and Customs Enforcement (ICE) agency will have gotten the memo.

“There are going to be some jurisdictions and there may be individual ICE official or Border Control agent not paying attention to our new directives,” he acknowledged. “But they’re going to be answerable to the head of Homeland Security because he’s been very clear about what our priorities will be.”

There are reports that some ICE agents are already using the Texas’s judge’s order as a signal they don’t have to follow enforcement priorities. In fact, the New Orleans Workers’ Center for Racial Justice reports, one woman who has actively spoken out against the lawsuit against Obama’s executive action was subjected to wearing an ankle monitor at her last check-in.

The President also shifted some of the blame for stalled immigration policy to Americans who don’t vote.

“I’m willing to bet that there are young people who have family members who are at risk in the broke immigration system who still didn’t vote,” he said. “If we here in America voted at 60-to-70% it would transform our politics. We would have already passed comprehensive immigration reform.”

Wednesday’s town hall came amid the showdown in Congress over whether to use a bill aimed at funding the Department of Homeland Security as an opportunity to block Obama’s immigration action. If funding does not pass this week, the department could shut down. On that, Obama reiterated that Congress should pass a clean bill and challenge the action another way.

“In the short term if Mr. McConnell, the leader of the Senate, and the Speaker of the House, John Boehner, want to have [a] vote over whether what I’m doing is legal or not they can have that vote,” Obama said, adding that he would “veto that vote, because I’m absolutely confident that what we’re doing is the right thing to do.”

Senate Majority Leader Mitch McConnell has signaled he intends to do just that. 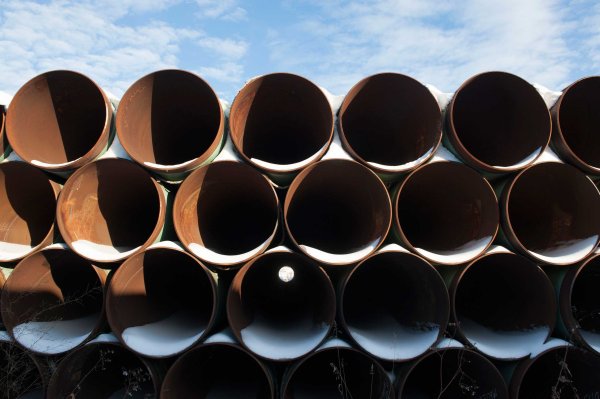