How to Get Away With Murder's Jack Falahee: Why We Should Stop Talking About Connor's Sexuality

Before he was cast as Connor in ABC’s How to Get Away With Murder, Jack Falahee was driving a Lyft car. Now, he’s the breakout star on a freshman show from Shonda Rhimes disciple Pete Nowalk that draws upwards of 8 million people every week.

Connor has racked up fans thanks to his ruthless tactics in law school — and a few steamy sex scenes. Ahead of How to Get Away With Murder’s finale Thursday, Falahee spoke to TIME about how he got the role, whether Connor and Oliver will make it, and why we should all stop talking about Connor’s sexuality.

TIME: What do you think, during your audition, you brought to the character of Connor that was different from the other people who tried out for the role?

Jack Falahee: I’m always at a loss for what happens in the audition room. But I do think that one of the things that benefited me is that I didn’t play Connor’s sexuality in any way. I saw that as just another facet of a multidimensional character. It’s part of who he is, but it doesn’t define who he is.

The audition scene for the role was the scene in the pilot where he’s trying to pick up Oliver at a bar. I sort of played it where he was completely disconnected and actually kind of mean to Oliver, which I think was different than what other people did.

What did you think of the character in the audition? Have your feelings about him changed over the course of the season?

When I first read it, I was mostly interested in Connor because he seemed like someone I knew—a guy from school or one of my brother’s colleagues. Pete [Nowalk] crafted this character that’s flawed but likable. You want to hate him but he’s so charming at the same time. It’s so honest.

But even though he feels relatable, the show is obviously very dramatic.

That’s why Shondaland makes such great television. These are real people that you and I both know, but they’re thrown into these extremely high-stakes situations. Seeing how these characters unravel and deal with these melodramatic circumstances is just more interesting. They’re nail biters.

And as an actor, that’s a challenging exercise. Connor is chopping up a man’s burnt remains with a crowbar. You can’t draw upon personal experience for that. You can only draw upon the realness of that character that you’ve established before for those moments.

You said Connor’s sexuality has not been a focus for you. But there’s been a lot of discussion about Connor’s sex life online. Were you surprised that that part of the show drew so much attention?

I really hope in my lifetime that this isn’t a conversation that needs to take place. When I read the pilot, it didn’t register to me that this would be a big deal. But I think it’s great that people are relating to Connor on some level or admire him or even dislike him or are repulsed by him. That’s what makes the character is very interesting.

I think a lot of that conversation stemmed from the fact that the pilot had some firsts on network TV—parts of Connor’s sex scenes and the way he spoke about sex. The show also addresses a lot of topics like race or sex head-on. Do you think network TV is becoming more open about these issues?

I don’t even own a television. I don’t watch network television. When people talk about firsts on How to Get Away With Murder—for example with that scene in the pilot—when I read that, I didn’t know that that hadn’t occurred on network television. Maybe I’m naive, but I was surprised by the reaction to that on social media and in reviews.

But there is a more progressive cultural consciousness now. A big reason why I’m not a big TV watcher is that in my formative years as a viewer, there wasn’t that much great television on, or at least television that appealed to me. That’s changing. There’s a lot of really diverse and rich content being produced on television, Shondaland and otherwise, that speaks to all sorts of different viewers. Our show looks more like real life, and it’s trying its best to depict an honest version of sexuality and race and faith and socioeconomic struggles.

More: Viola Davis Says Filming How To Get Away With Murder Sex Scenes Should Be Uncomfortable

So if you don’t own a television how do you watch Murder?

They allow us to watch it at the studio. Actually, tomorrow night I’m going to be at a hotel, so it will be the first time I’m watching it on a television with the viewing audience. So that will be exciting.

What do you think of Connor’s relationship with Oliver at this point? In some ways, it’s healthier than ever. But Connor’s also faking an addiction to keep them together.

I wonder if there’s something in Connor’s faking an addiction that is grounded in reality—if that in some ways it’s a cry for help and there’s some sincerity to it. I’ve proffered the idea that on some level, Connor is a sex addict. So there may be some truth in his plea to Oliver.

As far as their relationship goes, I think Connor felt he was getting close with someone and vulnerable, and so he pushed that person away even though he genuinely had feelings for Oliver. That began his downward spiral and sexual promiscuity that was unfulfilling. I think that, paired with this extremely stressful situation of helping to cover up this murder, drove Connor back into Oliver’s arms.

And obviously, Connor’s been an awful partner to Oliver, so Oliver has [a] hard time trusting him. I don’t know if their relationship can continue. We all tell lies in relationships—however big or small they are. But the secret that Connor is harboring is just so massive. I’m interested to see how that will play a role in their relationship. There’s going to have to be a lot better communication between the two of them in order to survive this thing.

Read next: Welcome to Shondaland 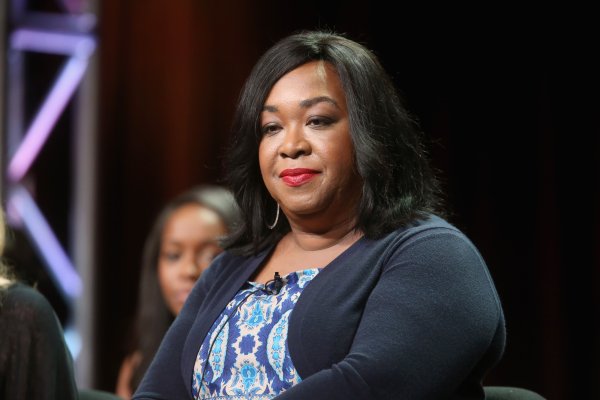 Welcome to Shondaland
Next Up: Editor's Pick