Fake It When You Make It: The Sad Sex of The Americans

Spoilers for The Americans, “Salang Pass,” below:

From its beginning, The Americans both fit into the tradition of sexy spies and and pushed against it. On the one hand, Elizabeth and Philip’s tradecraft always involved plenty of bedcraft: they teased, screwed and, in Philip’s case, even married targets to get favors and information. They could each rock a good-looking wig and a pair of ’80s jeans.

On the other hand, the show has always been careful not to use sex simply for glamor and wish-fulfillment. (Nor for one-sided male fantasy: Philip has to trade his body for secrets as much as Elizabeth does, and last season’s striking 69 scene between them emphasized how sexually egalitarian the show is.) And as suburban parents, the duo have much more prosaic lives than Emma Peel or James Bond.

From the get-go, it’s been clear that sex in the line of duty is work–both for him and her–and messy, complicated work at that. Targets are used sexually, killed and packed into suitcases. In the pilot, we see that Elizabeth’s initiation into the program included her brutal rape by a KGB superior. Their own marriage begins as a sexual and romantic sham, one that isn’t entirely free of acting even as they’ve grown close to each other. Sex here comes with entanglement and suspicion–as in the second season, when a jealous Elizabeth asked Philip to have sex with her the way he does with his deceived wife Martha.

But none of this approaches this season’s storyline in which Philip is expected to “cultivate” Kimberly, a 15-year-old fan of weed and Yaz whose father is a valuable CIA target. It’s disturbing, to us and to him, not just because Kimberly is underage and vulnerable, but specifically because she so recalls daughter Paige, whom the KGB also wants to develop as an operative. When he scrupled at seducing her in last week’s “Dimebag,” saying “We’ve never used someone this young before,” the double meaning was not lost on anyone.

There’s an air of corruption around the whole operation, of youth being exploited cynically by the old. (And not just by spies or the Soviets; “Dimebag” included an actual Love’s Baby Soft ad, debuted in the 1970s, that depicted a woman as a “baby that grew up sexy,” sucking a lollipop and staring vacantly at the camera. If the KGB doesn’t get the kids, capitalism will!) As Gabriel (Frank Langella) advises/cautions him, Philip has a conscience; but he must never forget that the people he deals with (has sex with, considers adopting children with…) are secondary to the mission.

With that setup, Philip’s “date” with Kimberly in “Salang Pass” is one of the most unsettling sequences so far, in a season that has already included the aforementioned suitcase-packing and a DIY tooth extraction. It’s unsettling as much for what doesn’t happen as for what almost does, if the two weren’t interrupted by someone coming home. Hanging out in front of the TV, trading bites of rocky road ice cream, having a Jiffy Pop fight in the kitchen, they could be father and daughter having fun on a weekend night.

They could, that is, be Philip and Paige. (Even Kimberly, who in her adolescent confidence is sure she knows what she wants from “James,” transparently yearns for a father, someone to hold the big rake.) Philip carrying a stoned Kimberly up to her bedroom is a positively paternal sight, until she wakes up and kisses him. And he kisses her back.

It’s disturbing. It should be. It’s disturbing because of they way she’s being used, of course, but also–even though he’s the adult here–for the way he is, by his homeland. All this is underlined later when Philip comes home to Elizabeth and brings up their “training”–specifically, in faking sexual pleasure, “making it real”–and flashes back to coupling in a spare room with women, young and old, and a man. “It’s probably different for a man,” Elizabeth says. And probably it is–we still remember her rape at the beginning of the series.

But still, “Salang Pass” shows, the strain of keeping up multiple lies–each of which involves a convincing emotional investment–has utterly drained Philip, who walks through the episode like a zombie, aching at the faint memory of authentic life. Philip and Elizabeth both have given themselves to their country. All of themselves: their bodies, their emotions, their sexual volition. And with it, they’ve given up a sense of identity, even in their most private intimate moments. “Do you have to make it real with me?” Elizabeth asks. “Sometimes,” he admits. “Not now.”

If it weren’t already clear, The Americans is no shagadelic spy fantasy. In bed or out, there is always the awareness, as Gabriel says, that the person is secondary to the mission. When the mission is done with them, will any of the person be left? 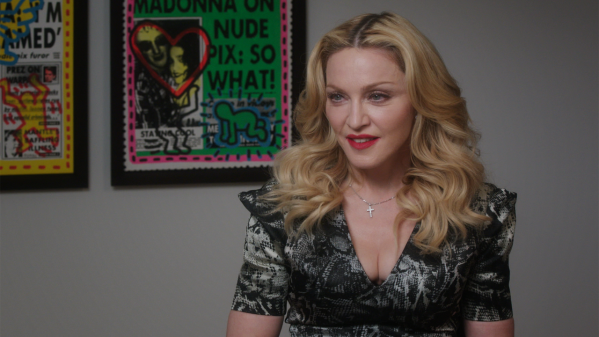 Madonna: I Heard About Hacking on Instagram
Next Up: Editor's Pick