Why Ronald Reagan Is Such a Big Deal at CPAC

Sure, the late president was conservative and CPAC is a conservative conference, but their connection goes deeper than that: not only did Reagan speak at the first ever CPAC in 1974, he also provided part of the impetus for its creation.

The key to the special relationship between the event and the politician is timing. When the first CPAC took place, Reagan’s position among conservatives was not the established spot on a pedestal that he occupies today. Rather, he was the subject of severe regret for many. And the reason for that regret was obvious: Richard Nixon.

As TIME explained later that spring, then-President Nixon had seemed like a safe bet, and proved to be anything but:

In the months that followed, Watergate would prove that distrust of Nixon well-founded, but it was already there when CPAC was held—and, in fact, much of that first conference was devoted to that very point. As the New York Times noted in its coverage, the message was “Richard Nixon has done us dirt” and a prominent political consultant added that “a substantial majority [of attendees] wishes the President would just go away.”

Meanwhile, the decision not to back Reagan seemed more and more of a mistake. He was chosen as a speaker at the very first CPAC, receiving what the Times called a “rousing, placard-waving welcome.” Reagan has been, as long as CPAC has existed, a symbol of the idea that compromising on conservatism is a mistake. After all, choosing the more liberal, electable candidate over him had resulted in the worst presidential disaster in American history.

In the years that followed, the relationship between Reagan and CPAC, established even before that very first meeting, grew. Reagan assumed the presidency and CPAC became a major force in conservative politics, each helping the other along. As TIME put it in 1986, “Speakers and delegates alike credited Reagan with having permanently changed the national agenda to make the conservative voice not just relevant but dominant.”

Read original coverage of CPAC 1986, including Reagan’s speech, here in the TIME Vault: The Tide Is Still Running 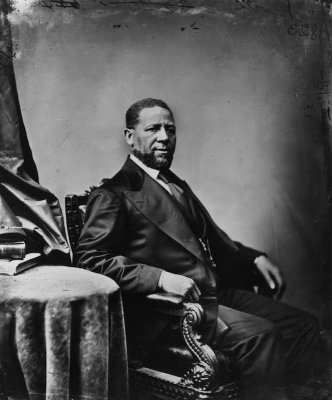 How the First Black U.S. Senator Was Nearly Kept From His Seat
Next Up: Editor's Pick