What the Walk-Up Music for 2016 Candidates Tells Us

Like Major League Baseball players getting ready for their turn at bat, presidential candidates have their own walk-up music.

Most of the likely 2016 Republican contenders spoke at the Conservative Political Action Conference this week near Washington, D.C., and while they didn’t choose the songs, the picks gave a hint of what people are thinking about their campaigns.

Here’s a look at the songs introducing the 2016ers.

The Song: “I’m Every Woman,” by Chaka Khan

What it Means: Clinton’s campaign is reportedly going to play up the historic nature of being the first female president in 2016, much more than it did in 2008. So it makes sense that she took the stage at a recent event in San Francisco to Khan’s funk-inflected 1978 hit, which has become part of the feminist pop canon.

The Song: “Enter Sandman,” by Metallica

What it Means: After hitting a rough patch, Christie is attempting a comeback by emphasizing his outspoken nature and taking jabs at his opponents. He came on stage at CPAC to heavy metal band Metallica’s intense 1991 hit about children’s nightmares.

The Bottom Line: He wants to be Hillary’s worst nightmare.

What it Means: After Walker took heat from the Dropkick Murphys for using their song at an earlier event, it was probably a good idea for Walker to come on stage to a more generic riff. It doesn’t hurt that Avenged Sevenfold, while not a Christian band, takes its name from Genesis 4:24.

The Bottom Line: It’s not going to be the Dropkick Murphys again.

The Song: “Wave on Wave,” by Pat Green

What it Means: At CPAC this year, Republicans mostly took the stage to either country or heavy metal. Cruz came on to the former, a song from a popular Texas musician that was also used by George W. Bush’s re-election campaign.

The Bottom Line: He’s the candidate from Texas.

What it Means: Like Cruz, Rubio came on stage to a local country act. One of the members grew up in Florida (the other in Georgia, hence the name) and the duo, who met at a campus worship group in college, are heavily influenced by Christian music.

The Bottom Line: He wants take his Florida act north.

What it Means: Perry’s 2012 campaign suffered because he didn’t get enough sleep. It’s no surprise that he’d take the stage at CPAC to heavy metal’s ultimate comeback anthem, written in honor of former singer Bon Scott, which even has the lyrics “back in black, I hit the sack.”

The Song: “Country Must Be Country Wide,” by Brantley Gilbert

What it Means: Jindal is pitching himself as the ultimate political strategist for Republicans. At CPAC, he came on stage to a song about how there are country music fans all over the United States, or as the songwriter put it, “there are rednecks everywhere.”

The Song: “Happy,” by Pharrell Williams

What it Means: The former Hewlett-Packard CEO is running at the back of the pack, but she hopes her ability to bring the heat to Clinton will help her break out. At CPAC, she came on stage to a song that went from being buried on the “Despicable Me 2” soundtrack to being the hit of the summer.

The Bottom Line: She’s planning on being a happy warrior.

The Song: “Life is a Highway,” cover version by Rascal Flatts

What it Means: Carson made a name for himself among conservatives with fiercely partisan rhetoric, hitting President Obama hard on issues like religion and healthcare. But his speech at CPAC was more subdued, starting with the song he came on stage to, a mainstream country cover that was on the soundtrack to Pixar’s Cars.

The Bottom Line: He’s moving into the center lane. 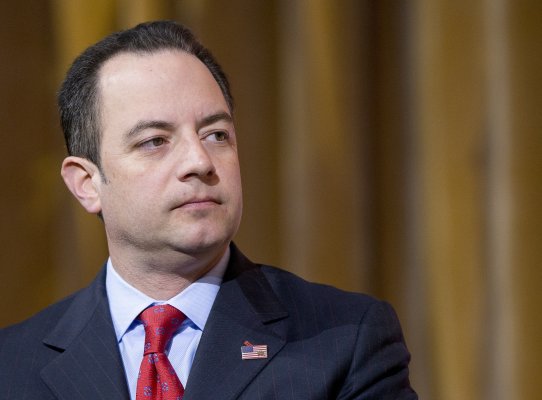