Buffy the Vampire Slayer wasn’t a new character when the TV show of the same name premiered on this day in 1997 — a poorly reviewed movie version had come out five years earlier, and creator Joss Whedon’s desire to do it again and do it right quickly became part of the Buffy creation mythology.

Nearly two decades later, it’s easy to see that doing Buffy right wasn’t just a matter of improving its casting, creative freedom and sense of humor. In addition to all those aces, Whedon — now a bona fide blockbuster builder — was also an early comer to the socially conscious, feminism-friendly attitude that has redefined the pop-culture landscape in more recent years.

Need proof? Just look at a feature about teen-centric television that TIME ran a few months after Buffy took to the airwaves as a mid-season replacement. The piece called Buffy “the most talked-about show to have debuted in the past months” and included an interview with Whedon, who was forthright about his stake (no pun intended) in the show’s feminist cred: 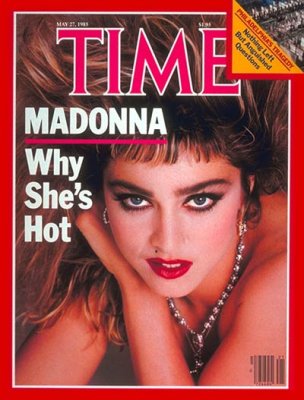 The Time Madonna Almost Quit Music for Good
Next Up: Editor's Pick