Godzilla is seen in a scene from Godzilla, King of the Monsters!, 1956.
Embassy Pictures/Getty Images
By Melissa Locker

If you’ve ever wanted to sleep under the gaze of Godzilla’s giant eyes, you’d better book a room at Tokyo’s Hotel Gracery.

The hotel, which opens in April in Tokyo’s buzzing Shinjuku district, promises a monstrous good time for fans of the big lizard. The 30-story hotel will feature two Godzilla-themed rooms, one of which requires the hotel to construct an enormous Godzilla head on the roof of the Toho Cinema, which sits on the ground floor of the hotel tower. The gigantic mutant lizard head will peek into the window of one of the rooms, promising that your slumber will be under the ‘zilla’s never-sleeping eyes.

The other room, appropriately called the “Godzilla Room,” is even more ominous with one Godzilla wreaking havoc on a miniature Tokyo in the corner of the room, while a giant hand armed with razor-sharp claws reaches over the bed.

For those who prefer to look over a monster instead of having a monster look over them, the hotel also offers two Godzilla View Rooms, which are close to the action, but don’t require visitors to try and use the restroom with a giant lizard staring at them.

The Hotel Gracery seems to be affiliated with Toho, who operates the cinema, and is the movie company behind the original Godzilla film. They plan to release a new Godzilla film in 2016, according to AFP. 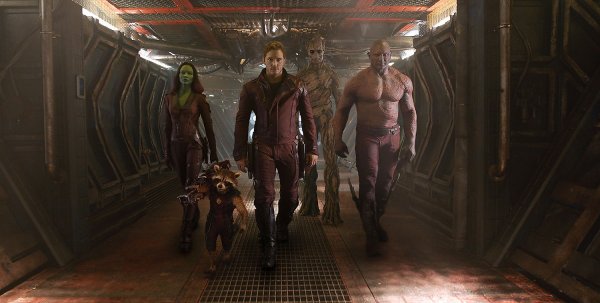 The Parks and Recreation Finale Made a Very Cute, Subtle Reference to Guardians of the Galaxy
Next Up: Editor's Pick