How ISIS Sprung Up in Libya

The Islamic State of Iraq and Greater Syria (ISIS) flourished in the vacuum created by the civil war in Syria. More recently it has found a similarly fertile environment in Libya.

The elected government in Tripoli collapsed last August after a coalition of militias called Libya Dawn drove it out of the capital and took control. The deposed government fled to Tobruk, 800 miles to the east, close to the Egyptian border. The rival governments in Tobruk and Tripoli, supported by regional militias, have fought a civil war ever since.

Many veterans of Libya’s first civil war against the regime of Muammar Gaddafi travelled on to join the uprising against Bashar Assad in Syria in 2011. An estimated 1,000 and 3,000 Libyans fought with a variety of rebel groups, but many have since joined ISIS.

Last year, a group of around 300 Libyan ISIS veterans returned to Derna on the country’s Mediterranean coast as the civil war continued. In October, ISIS took over most of the city and declared its allegiance to the ISIS leader Abu Bakr al-Baghdadi. They were joined in their pledge by Ansar al-Sharia, the extremist group that killed U.S. ambassador Christopher Stevens on September 11, 2012.

On Feb. 15, ISIS released a video of its Libyan fighters beheading 21 Egyptian Christians who were kidnapped while working in Libya. The video showed the men’s blood coloring the waves of Mediterranean Sea red while the lead executioner said: “We will conquer Rome, by the will of Allah.”

Libya’s proximity to Europe is one of the major attractions for ISIS, though hardly the only one. The country has Africa’s biggest proven oil reserves, with an estimated 48 billion barrels, according to U.S. Energy Information Administration—something sure to entice ISIS, which has been selling oil from its conquered territory in Iraq and Syria. And Libya also has giant stockpiles of weapons left over from the rule of former dictator Muammar Gaddafi, who was one of the world’s major arms buyers in his final years in power. Much of that weaponry—including surface-to-air missiles—has been smuggled to Mali, Chad and Niger and seized by the militias who control large areas of Libya.

Bassam Ghellal, the Libyan managing director of Whispering Bell, a Dubai-based security risk consultancy, believes that for ISIS, controlling the Libyan oil industry is far more difficult than in Syria. “Even if they took it [oil facilities] over it will be quite difficult for them. You would have to take over a very large piece of land, fields, pipes, and control the flow of oil.” Libyan oil production, which accounts for about 95% of the country’s economy has fallen from 1.6 million barrels a day before the 2011 to about 300,000 barrels a day. Much of the drop has been caused by the civil war, not because of ISIS, which has only carried out minor attacks on oil facilities. As for ISIS fighters, Ghellal says, “right now they appear and disappear and have not become a direct threat ” to oil production.

Ghellal says that ISIS’s tactics in Libya are very different from those in Iraq, as demonstrated by the theatrical but brutal beheading video. “It is a shock and awe tactic, proving their presence and showing they are a threat,” he says. “It’s a message to the West, rather than building revenue and expanding in the country. Their modus operandi is very different.”

As long as there is civil war in Libya, ISIS will be able to maintain a foothold in the country. Ghellal believes that unless talks—so far floundering—between Libya Dawn and the elected government succeed, tackling ISIS’s growth in Libya will be very difficult, for example through foreign intervention. “There are two options for Libya, and I don’t believe there is a third one: To have two opposing governments work together. Right now, we are in a state of ‘my enemy’s enemy is my friend.’ So that will allow these groups to thrive.” 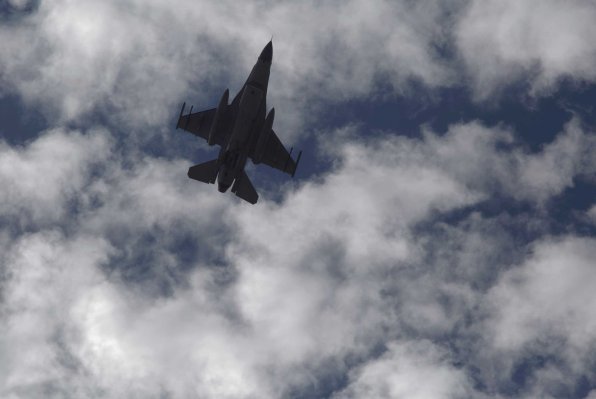 How Jordan Got Pulled Into Fight Against ISIS
Next Up: Editor's Pick