How Jordan Got Pulled Into the Fight Against ISIS

A Jordanian Air Force fighter jet flies over the village of Ai as Jordanian King Abdullah II visits to offer his condolences to the tribe of the slain Jordanian pilot, Lt. Muath al-Kaseasbeh at their home village near Karak, Jordan, Feb. 5, 2015.
Nasser Nasser—AP
By Suha Ma'ayeh/Amman

When the Islamic State of Iraq and Greater Syria (ISIS) released horrific footage of the immolation of pilot Moath al-Kasasbeh in early February, a Jordanian government spokesman vowed that Jordan’s response would be “earth-shaking”.

The country, one of four Arab states taking part in airstrikes against ISIS, then bombed 56 ISIS targets in Syria in a three-day campaign to avenge the death of the 26-year-old Jordanian air force pilot.

The bombings may have hurt ISIS but Jordan’s retaliation has raised concerns that the country could be drawn into further confrontations. “By exposing its role in the airstrikes and the coalition, the threat has become more intense,” says Hasan Abu Hanieh, an Amman-based analyst who specializes in Islamist groups.

The video of the killing of al-Kasabeh was precisely intended by ISIS to goad Jordan, explains Abu Hanieh. “ISIS wanted to provoke Jordan into attacking it. It is important for them to create chaos in the country,” he says. “In response to any Jordanian attack, ISIS would say it is defending itself. Jordan fell halfway into this trap.”

Antipathy to the Hashemite Kingdom of Jordan is in the DNA of ISIS. Before the killing of al-Kasabeh, Abu Musab Al-Zarqawi, the founder of the group that became ISIS, masterminded a triple suicide bombing of Amman in 2005, killing 57 people. Zarqawi, originally from Zarqa in Jordan, was killed in a U.S. airstrike in Iraq in 2006.

Government officials estimate there are 2,000 Jordanians fighting with ISIS and officials fear these fighters could easily return to their home country to carry out attacks. ISIS returnees would find support among a significant minority in Jordan: a poll by the Center for Strategic Studies at the University of Jordan conducted last year estimated that 10% of Jordan’s 6.5 million residents view ISIS positively.

ISIS sympathizers have threatened revenge for Jordan’s airstrikes on social media, and Jordan has been steeling itself for attacks for months. In June, the government extended its anti-terrorism legislation to criminalize online supporters of ISIS. And it has already fortified its borders with Iraq and Syria. Mohammad Momani, the government’s spokesman, says the country continues to strengthen its borders: “It is the sovereign right of countries to move troops as necessary.”

Jordan’s King Abdullah met the commander of U.S. Central Command, Gen. Lloyd Austin, on Feb. 24 to discuss the fight against terrorism and extremist organizations, according to Petra, the government news agency. The following day he met with Saudi King Salman Bin Abdulaziz for similar discussions.

Not all Jordanians believe that attacking ISIS will solve Jordan’s security problems. Oudeh Hamaydeh, a retired intelligence officer, says that Jordan has to embrace political reform to reduce the alienation that feeds extremism. “Authorities use fighting terrorism as a pretext to avoid reforms but the only way to defeat terrorists is through adopting real reforms and engaging the youth in political life.” 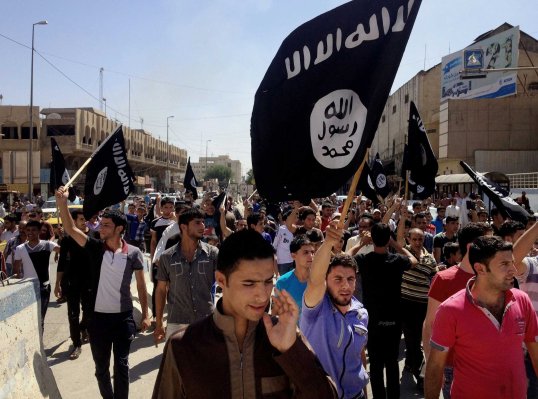 How ISIS Runs a City
Next Up: Editor's Pick