A Texas jury on Tuesday found Eddie Ray Routh guilty of the murder of American Sniper author Chris Kyle and his friend Chad Littlefield. He was sentenced to life in prison.

Routh, 27, a former Marine, admitted to killing ex-Navy SEAL Kyle and Littlefield at a shooting range in 2013, but professed his innocence because of supposedly suffering a psychotic break. Erath County district attorney Alan Nash told the jury to ignore Routh’s insanity defense, arguing that his apparent episodes of mental instability were caused by alcohol and marijuana abuse, according to the Associated Press.

“I am tired of the proposition that if you have mental illness that you can’t be held responsible for what you do,” he said.

Routh’s defense attorney Warren St. John insisted that his client was battling schizophrenia, claiming that the mental disorder created a delusion that Kyle and Littlefield were going to kill him.

“He was not intoxicated, folks, he was psychotic,” he said.

The case, heard in Stephenville, Texas, attracted national interest in large part because of Clint Eastwood’s Oscar-nominated film adaptation of Kyle’s book about his four tours during the Iraq war, with the controversial movie grossing over $430 million worldwide.

Kyle was renowned as the most lethal sniper in U.S. military history with 160 confirmed kills.

Littlefield’s mother, Judy, expressed her relief at the guilty verdict outside the courtroom, “We’ve waited two years for God to give justice for us on the behalf of our son,” she said in a statement. “And as usual, God has been faithful and given us the verdict we want.” 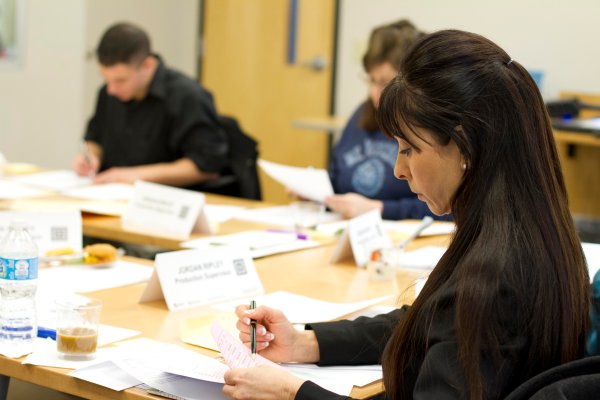 College Credit Now Comes Without the Classes
Next Up: Editor's Pick