How to Have a Fair Fight

Whether you’ve been in a relationship for a few months, a few years, or a few decades, you’re bound to fight with your partner at some point. But what constitutes “fighting” is different for every couple: Some only admit to having disagreements; others say they occasionally bicker; some seethe in silence, while others don’t believe they’ve had a real fight until someone yells. “There are negative and unhealthy ways to fight, but disagreeing is not unhealthy,” says Laurie Mintz, PhD, professor of psychology at the University of Florida and author of Tired Woman’s Guide to Passionate Sex. Since you’re going to squabble, try these eight ways to stay in fighting form without going down for the count.

Keep the goal of the fight in mind.

“The goal of the fight is to get closer, to understand each other better, to resolve an issue so you don’t have to face it over and over again,” says Mintz. Take a deep breath during the fight and think to yourself, “This is a person I love and respect and they probably have a valid point. I need to listen and to find a grain of truth in what they’re saying.” Nothing de-escalates an argument more than someone acknowledging the truth in what the other person is saying, even if they’re not in complete agreement.

Before the fight even begins, couples should ideally share a culture of appreciation and respect so that they don’t resort to defamation of character, says Carrie Cole, M.Ed., LPC-S, Certified Gottman Master Trainer, Center For Relationship Wellness. If you want to have a difficult discussion before it becomes a fight, Mintz suggests saying, “There’s something I want to talk about, is this a good time?” Then start the conversation in a gentle way and take ownership of your issue, saying, “I have a problem with…[fill in the blank],” suggests Cole. Allow yourself to accept input from your partner and try to see things from their point of view. Remember, part of the reason you’re with this person is that your value systems are aligned.

Know when it’s okay to go to bed mad.

You probably heard that “you should never go to bed angry,” but experts say there are times when you might need to sleep on the issue. If you or your partner is exhausted—or one of you drank alcohol that escalated the fight—it’s okay to say, “I love you, let’s talk about it in the morning.” By then, hopefully the intensity will have dissipated, and one of you might realize you were just tired or feeling sensitive. “You have to judge the situation,” says Mintz. “If you’re too exhausted to resolve a fight, stop it before it goes downhill fast.” Just be sure to address it within 24 to 48 hours, before you get wrapped up in life again. Because if you just “move on” but aren’t emotionally connected, the next argument that comes up will likely include this fight in it as well and be too overwhelming to deal with, says Cole.

Don’t have a “kitchen sink” fight.

If you and your partner are arguing about finances, don’t throw in “everything and the kitchen sink,” meaning other grievances you have about parenting, in-laws, sex, or anything else that isn’t immediately relevant. Keep the fight focused on what you’re fighting about. Resolve one issue at a time and don’t bring everything into it. If there’s an issue from the past that keeps resurfacing when you argue, set aside time to deal with it when you’re not mad, or consider addressing it in couples counseling.

Be a master communicator.

While you might be tempted to unleash fury on your husband when he’s late picking you up, it’s better to start with “I” statements and own your feelings. We know it’s not easy to speak calmly and share your emotions when you’re fired up about something, but yelling, “You left me waiting for 20 minutes and areso inconsiderate!” will elicit a different response from your partner than, “I was left waiting for 20 minutes and it made me feel uncared for and hurt.” Describe yourself rather than your partner. “Instead of calling your partner a liar, say something like, ‘I need transparency and honesty,’” says Cole.

Put yourself in timeout.

If things are getting heated and the fight isn’t going well, take a break. When you get very upset, your heart rate goes up and stress hormones are released, says Cole. Not only that but the brain’s frontal lobes, which handle logic and communication skills, shut down. What is activated in the brain is the “flight or fight response” that our cavewoman ancestors used to deal with life-threatening situations. The bottom line: When you’re angry, you might be in danger of engaging your mouth before your brain and saying something hurtful, so tell your partner that you need a timeout to think it through, suggests Mintz.

Avoid saying things like “I’m done,” “Let’s end this,” or “I want a divorce” when you’re in a fight. “Someone might say this because they want to grab their partner’s attention,” says Cole. “But it makes their partner feel unsafe and insecure in the relationship.” If those kinds of things get said often, then the partner either stops believing them, or feels that sharing feelings will “end” the relationship. “Bad words are like bullets—you can’t take them back once they’re out,” says Mintz. Fighting fairly is about slowing yourself down and asking yourself if you’re arguing to get closer or to hurt your partner. If you did say something that hurt your loved one, stop and say, “I messed up, I’m sorry. I didn’t mean that.”

Pick and choose your battles.

When you’re living with someone, it’s safe to assume they’re going to do things that you don’t agree with or that get under your skin. While you shouldn’t complain about every annoying thing your partner does, if one of them truly hurts or upsets you and you can’t let it go, make sure you address the issue so it doesn’t appear in other fights, suggests Mintz. And be willing to “give in” on some things. Decide what you are willing to be flexible with (perhaps not griping out loud about dirty socks left on the floor) and work to resolve things you feel more strongly about (like if your partner makes fun of you in front of friends). 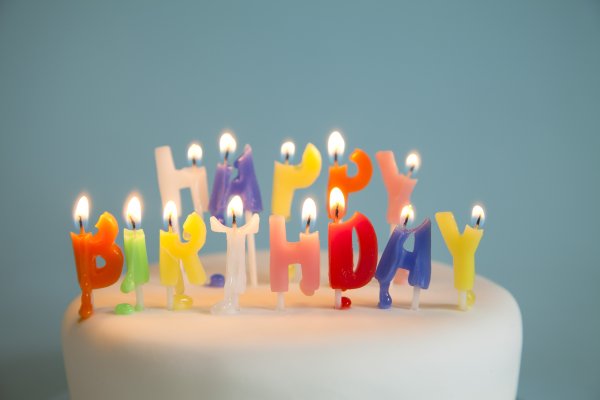 New York Man to Celebrate 108th Birthday With Wife, 104, After 82 Years of Marriage
Next Up: Editor's Pick