Taylor Swift has come through on a pledge, made last fall, to donate proceeds from her popular song “Welcome to New York” to the city’s public schools.

Swift, 25, has made a $50,000 donation to the New York City Department of Education, an official there confirmed to Capital New York. The singer herself has yet to confirm that publicly.

The recent N.Y.C. transplant made the promise last October in an appearance on The View. “It’s selling really, really well, which is good because I’m donating all my proceeds to New York City public schools,” she said at the time.

It was not immediately clear if the $50,000 represents Swift’s full take from the song’s profits, or if this is a first installment of a larger donation.

Swift – who has topped DoSomething.org’s “Celebs Gone Good” list, recognizing the most philanthropic stars, for three years running – also held an event last fall with N.Y.C. schoolkids to talk about the power of reading and writing. 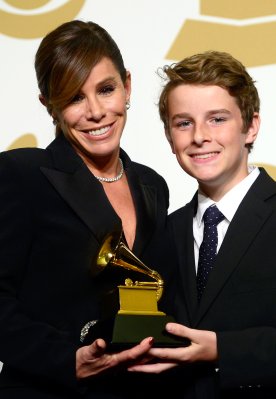 Melissa Rivers Talks Joan Rivers' Absence in the 'In Memoriam' Tribute
Next Up: Editor's Pick