A shopper tries out the new Apple iPhone 6 at the Apple Store on the first day of sales of the new phone on Sept. 19, 2014 in Berlin, Germany.
Sean Gallup—Getty Images
By Dan Mitchell

Given the questionable sales pitches that seem to drive Internet marketing for some apps, this statement uttered by an FTC official on Monday might seemed understated: “Truth in advertising laws apply in the mobile marketplace.”

But some messages are beyond the pale. The official, Jessica Rich, director of the FTC’s Bureau of Consumer Protection, was referring to a couple of mobile-phone apps whose providers have claimed, without offering any proof, are able to detect the presence and severity of melanoma, the deadliest form of skin cancer.

The regulator on Monday announced actions against the makers of two such apps: Mole Detective and MelApp. The apps have been marketed with claims that, by analyzing user-taken photos, they can determine whether the risk of melanoma his high, medium, or low.

Although the apps, which were sold for $4.99 in 2011 and 2012, advised users to see a doctor if they had any serious concerns about their health, the FTC says they were sold as “diagnostic” tools. (The caveat about seeing a doctor apparently didn’t contain a caveat of its own, stating that if you should see a doctor if you’re worried about cancer, there is obviously no reason to buy and download an app.)

According to the FCC, thousands of people downloaded the pieces of software.

The company that marketed MelApp, Health Discovery Corp., will pay $17,063 as part of its settlements. New Consumer Solutions, which developed and marketed Mole Detective, will pay $3,930. That app was later purchased by the British firm L. Health Ltd., which has elected not to settle the FTC’s case against it because, it says, the original developer had guaranteed the app didn’t violate U.S. law.

Mole Detective shot up in popularity after it was featured on “The Dr. Oz Show,” according to a report in the Washington Post. L. Health Ltd.’s Avi Lasarow said that the app “always stated that it should be used for educational purposes…”

None of this activity means that smartphone apps aren’t already becoming powerful aids for diagnosis and health management. In the case of something like skin cancer, a doctor could surely review photos to determine whether or not a patient should come in for an examination. The key word there is “doctor.” 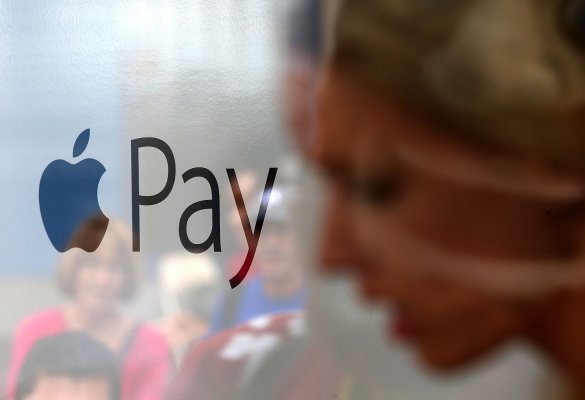 Apple Pay Is Coming to Thousands of Laundry and Vending Machines
Next Up: Editor's Pick