Getting very angry isn’t just off-putting to the people around you, it may also significantly increase your short-term risk for a heart attack, according to new findings.

Having an episode of intense anger was associated with an 8.5 times greater risk of having a heart attack during the following two hours, a new study published in The European Heart Journal Acute Cardiovascular Care showed. The new findings add to prior research that has suggested high levels of anger may spur a heart attack.

The study looked at 313 people who were being treated in a hospital for a heart attack. The men and women were asked to fill out a questionnaire about the level of anger they experienced in the last 48 hours based on a number scale:

Busy, but not hassled.

Mildly angry, irritated and hassled, but it does not show.

Moderately angry, so hassled it shows in your voice.

Furious, forced to show it physically, almost out of control.

Enraged, out of control, throwing objects, hurting yourself or others.

An anger level greater than five was reported among seven of the people in the study in the two hours prior to their heart attack, and up to four hours prior for one person. An anger level of four was reported among two people within the the two hours before heart attack symptoms, and among four hours before for three people. According to the researchers, the results come to a 8.5-fold increase in relative risk of a heart attack in the two hours following severe anger. People who reported high levels of anxiety, also had a higher risk.

The study is small and therefore it’s still too early to know how great of a factor intense anger is in predicting heart attack onset. The anger levels are also self-reported and could differ person to person. But the study does provide experts with information about what emotional factors could trigger a heart attack. For instance, the researchers found that some of the greatest reported anger was due to arguments with family members followed by arguments with non-family members, work anger and driving anger. “Our findings highlight the need to consider strategies to protect individuals most at risk during times of acute anger,” the authors conclude.

Exactly how anger could trigger a heart attack still remains unknown, but the researchers speculate that the stress may stimulate activity in the heart like increased heart rate and blood pressure, blood vessel constriction, a plaque rupture, and clotting which could eventually lead to a heart attack.

“I think this study is very helpful in many ways because it’s validating to what we already know. Anger is not what we would call a traditional risk factor because it’s so hard to measure,” says Dr. Curtis Rimmerman a cardiologist at the Cleveland Clinic who was not involved in the study. “It highlights the importance of paying attention to a patient’s wellbeing.” 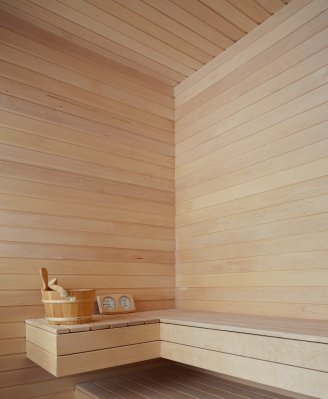 The Strange Connection Between Saunas and Longevity
Next Up: Editor's Pick