5 Secrets Stores Don't Want You to Know About Their 'Deals'

Who doesn’t love a bargain? The highlight of a shopping trip can be scooping up something with a slashed-through price or a big “sale” sticker on the shelf.

But stores have gotten increasingly sophisticated about shoring up their profit margins in a climate where people just aren’t spending the way they used to, so those discounts and deals aren’t always what they seem. Here’s how five big chains make you think you’re getting a steal.

JC Penney: Department stores have learned that, to push customers’ buttons, they have to offer whopping discounts. But what some of them do to make the math work is to actually raise prices before a sale, so markdowns are pretty similar to the original, non-sale prices. When JC Penney backed off its failed “no discounts” approach in 2013, CEO Mike Ullman told investors that being competitive “means initially marking up our goods to sufficient levels to protect our margins when the discount or sale is applied.”

To be fair, JC Penney isn’t the only discount store that practices this sleight-of-hand. A CBS affiliate in California investigated Kohl’s with hidden cameras and found that some prices were marked up by as much as $100. “One twin sheet set was listed at 50 percent off the original price of $89.99. But inside the plastic zipper, the earlier price tag shows $49.99, indicating the current sale is only $5 savings from the original tag,” the report says.

Outlet stores: While people have the perception of outlet stores as a great place to snag a deal on a designer coat with a crooked seam or last season’s hot fashions, the truth is that today, outlet stores pretty much operate as their own separate brands. The vast majority of stuff in those stores never so much as touched a rack at the name-brand version of the store. An anonymous outlet buyer tells LearnVest that as much as 90% of outlet merchandise was never made to be sold at a non-outlet store. Not only can this lead to lower quality in outlet-only merchandise, but it also means the so-called full price basically is a made-up number.

T.J. Maxx/Marshall’s: A recent Fortune magazine investigation looked at how parent company TJX Companies’ highly secretive business practices make customers at these sister brands feel like they’re on a “treasure hunt” while raking in the profits. Like outlet stores, these brands profit by having name-brand clothes made especially for them. Those Ralph Lauren sweaters? Odds are they never saw the inside of a Ralph Lauren or department store. (The article mentions Ralph Lauren specifically, but they’re not the only one.) The stores also stock trendy items designed to sell out quickly and often don’t carry very many of the really high-end items shoppers seek out, creating a sense of urgency for customers to snap up something they like before it’s gone.

Wal-Mart: Wal-Mart’s reputation is for the lowest prices anywhere, but customers who don’t shop around could actually find themselves paying more for their everyday purchases. Since discount retailers constantly tweak their prices, a customer who shops on auto-pilot rather than comparison-shopping could find themselves paying more for an item that used to be the better deal. Case in point: A 2012 Bloomberg Industries study found that rival Target edged out the self-proclaimed low-price leader. “Prices at Target were 0.46 percentage point cheaper than Wal-Mart this month. That means for every $100, Target was 46 cents less expensive,” the report says. Of course, this particular study is a few years old, and 46 cents isn’t a lot of money by any stretch, but this example goes to show how a store’s slogan is still no substitute for shopping around.

Target: The blog Consumerist has a whole tag dedicated to pricing discrepancies at the nation’s second-biggest discounter, full of reader-submitted photos of things like “value packs” of multiple items that actually cost more than buying two or more of the items separately would cost. This “deal” on disposable diapers offers a $5 gift card if customers buy two packages, but a sharp-eyed reader noticed that the promotional price per package was actually $2.50 more than the regular price sticker still on the shelf. And while buying bigger quantities usually means a lower unit price, coffee drinkers at this Target would be better off buying two smaller 12-ounce bags instead of an ostensibly more economical 24-ounce bags.

Read next: The Easiest Way to Deal With Annoying Online Shopping Returns 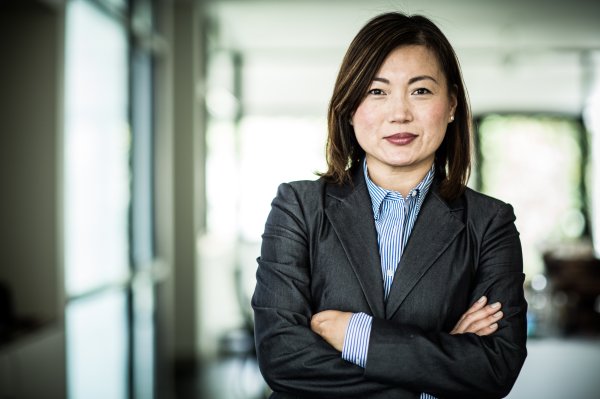 1 Trick to Getting What You Want When You Negotiate
Next Up: Editor's Pick