President Obama issued his first veto since 2010, striking down a law that would authorize the Keystone XL pipeline, a major symbolic battle between environmental activists and the oil industry.

“Through this bill, the United States Congress attempts to circumvent longstanding and proven processes for determining whether or not building and operating a cross-border pipeline serves the national interest,” Obama said in a statement.

The pipeline would help link up to 830,000 barrels a day from Alberta, Canada, to Gulf Coast oil refineries. Over the past six years, the project has become one of the highest-profile environmental debates in the country and could pose problems for some Democratic candidates in the 2016 presidential cycle.

But with low oil prices, the 1,179-mile pipeline will likely have less of an effect on both the environment and economy by lowering the chance that it will be completely utilized. The State Department reported last year that the pipeline would indirectly and directly support around 42,000 jobs over two years, but would only employ around 50 people once the pipeline was functional.

The new Republican-led Congress decried the veto before the ink was dry. In a USA Today op-ed, House Speaker John Boehner and Senate Majority Leader Mitch McConnell wrote that the Administration had blocked a job-creating project to heed the voices of special interests.

“The allure of appeasing environmental extremists may be too powerful for the president to ignore,” they wrote. “But the president is sadly mistaken if he thinks vetoing this bill will end this fight. Far from it. We are just getting started.”

Of course, the Keystone debate has drawn lobbyists on both sides of the aisle and a reason why Senate Republicans brought the bill up first was because it would pass and draw a favorable political contrast. Polls show that around 60% of Americans agree with the GOP’s position.

The Keystone veto was only the third in the Obama presidency. 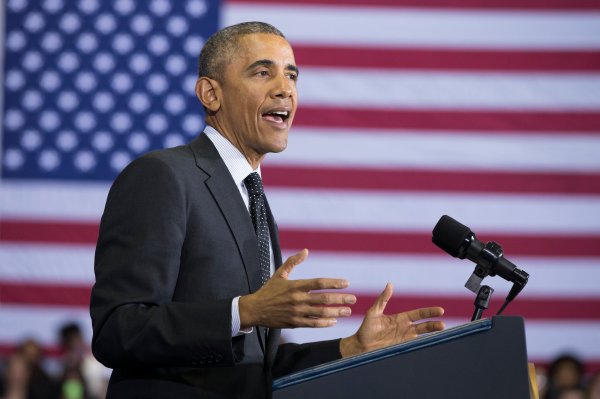 Obama Gets His Governors Wrong
Next Up: Editor's Pick