One of four people suspected of creating and operating several Internet platforms spreading propaganda, particularly for the Islamic State group in a bid to recruit young women to join Islamic State militants is arrested in Melilla, Spain, on February 24, 2015.
Angela Rios—AFP/Getty Images
By Dan Kedmey

The detainees in north Africa stand accused of running an online campaign “dedicated to the recruitment of women,” according to Spain’s interior ministry, and held viewing parties of ISIS propaganda at several residences.

The detainees on the Spanish mainland allegedly spread ISIS propaganda through social media. One detainee had accumulated more than 1,000 followers on Facebook, according to authorities. 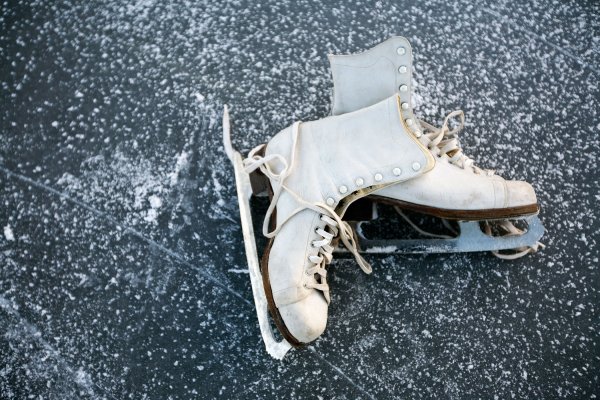 Canadian City Eyes 'Freezeway' for Commuters to Skate to Work
Next Up: Editor's Pick