A Mouse Club divided against itself cannot stand.

Christina Aguilera and Britney Spears have known each other since they were both Mouseketeers on The Mickey Mouse Club back in the early ’90s, so it makes sense that Aguilera would have internalized her peer’s vocal stylings.

But we weren’t prepared for this.

Jimmy Fallon brought out his Wheel of Musical Impressions bit during Aguilera’s visit to The Tonight Show on Monday, and Aguilera, 34, wound up drawing her rival for early 2000s-era pop domination. Her impression of Spears is uncanny, to say the least.

Aguilera’s returning to The Voice for its eighth season following a brief hiatus. Spears, 33, is currently dating producer Charlie Ebersol, son of NBC exec Dick Ebersol, so it’s probably safe to say that both of the Mouseketeers are doing okay.

Read next: Watch The Voice Coaches Perform Lenny Kravitz’s ‘Are You Gonna Go My Way’ 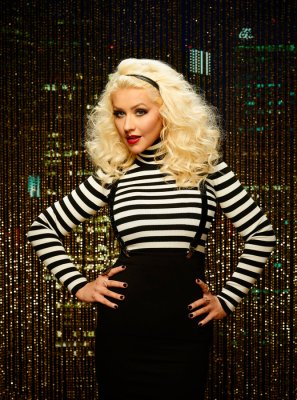