How ISIS Found Its Most Ardent Defender in Britain

For Anjem Choudary, the events unfolding in Iraq, Syria and elsewhere are far more than just bloodshed and brutality. They are stages foretelling the Day of Judgement.

The 48-year-old Londoner says he is a student of Islam, not a spiritual leader, but he has been described by the anti-extremism organization Hope Not Hate as “a serious player on the international Islamist scene” and “the single biggest gateway to terrorism in recent British history.”

Choudary has not been convicted of any terrorism offense, although he is currently under police investigation and has surrendered his passport. That means he can’t fulfill his desire to travel with his wife and four children and live in the Caliphate established by the Islamic State of Iraq and Greater Syria (ISIS).

Instead he spends much of his time defending ISIS and justifying the more brutal things the group does. He believes that ISIS leader Abu Bakr al-Baghdadi is as legitimate a Caliph as Abdülmecid II, who was the last Caliph — the leader of all Muslims — under the Ottoman Empire until the role was abolished by Turkey in 1924.

The Caliphate is legitimate, Choudary believes, because it is implementing full sharia law, including the banning of alcohol, gambling, usury and prostitution, while providing services such as education, justice and social welfare. As a result, he believes it is his duty as a Muslim to live in the Caliphate — although he says it is not his duty to carry out any attacks in the U.K. where he lives, regardless of what ISIS might say.

That’s a key difference, given that in September, ISIS spokesman Abu Mohammed al Adnani urged the group’s supporters to kill non-Muslims in the countries where they live. But Choudary sees no contradiction between his support for ISIS and his law-abiding life in the U.K. “If I am living here among the people, I can’t attack them, although there may be some people who will respond to those commands,” he says.

That’s one of the rare differences of opinion he has with ISIS. Choudary supports the brutal punishments that ISIS has handed out in the areas it controls. “If you look in the Quran in chapter five, Allah mentions these people who have violated the public sanctity. They should have their limbs cut from opposite directions or they should be crucified,” he says. “When you start to see things like crucifixion and beheadings, people say, oh, I haven’t seen that before. And yet that has always been there in the Quran. There has not been a situation where you have a Caliph who would implement those aspects of the penal code.”

When Moath al-Kasasbeh, a Jordanian air force pilot, was burned alive in a cage in February, the world reacted in horror. Not Choudary. “When I look at the Jordanian pilot and I understand what he has done, I can appreciate what they are doing. It doesn’t make me feel uneasy or queasy. I can see it is as reciprocation for what he has been doing,” he says.

Al-Kasasbeh, who was shot down over Syria and captured by ISIS, was possibly involved in bombing ISIS targets in Iraq and Syria. In Choudary’s eyes, “the Jordanian pilot was a Muslim before he apostated by joining the the American alliance and bombing and killing Muslims. There is a concept of reciprocation. To put him in a cage was to show what was happening to people in their homes and houses when you drop the bombs and they treated him that way because he is a murtad, an apostate, which is worse than a kuffr, a non-Muslim. I think it had that intended effect.”

Choudary is united with ISIS in seeing world events through the prism of Quranic prophesy that foresees a series of wars and battles that prepare the way for the Day of Judgement. He believes ISIS takes great care in broadcasting its beheadings and punishment for two reasons. Firstly, ISIS wants to “to terrorize and horrify the enemy.” But it is also to provoke retaliation to bring forward the battles between Muslims and non-Muslims that he believes will hasten the end of the world. “The big signs of the Day of Judgement are unfolding before our eyes. The Prophet said that one day we will conquer Rome. And you can see now we are on the shores of the Mediterranean, ” he says, referring to the establishment of a branch of ISIS in Libya. “If we provoke them, then the prophesies will be fulfilled. It’s like a catalyst. It is meant to provoke but with something in mind.”

Choudary is certain that his worldview is the only truth. “I don’t think there is something called defeat. Because it’s victory or martyrdom. There’s something called the divine victory and the worldly victory. The worldly victory is to see the conquest of the land and the implementation of sharia. The divine victory is to obtain paradise. If someone dies on the battlefield that’s what he wants,” he says.

Even if the Caliphate were to lose territory and be eradicated, that would not constitute complete defeat. “That would be a defeat in terms of a battle,” he says. “You can lose battles but ultimately victory is with the Muslims. One day victory is yours, one day it is mine. We may lose a city, a town but the Muslims always win.” 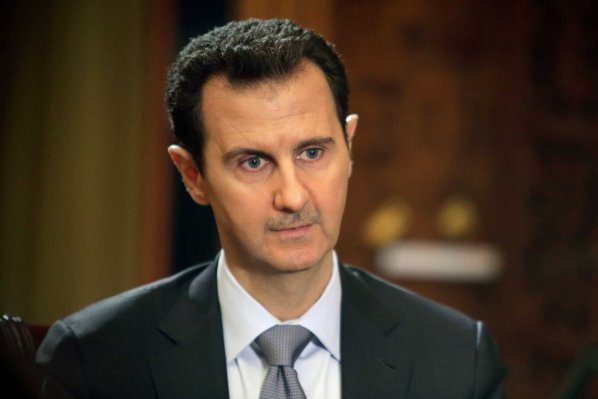 Why Bashar Assad Won't Fight ISIS
Next Up: Editor's Pick