Tuesday night’s Parks and Recreation series finale is bound to be bittersweet.

While the episode is already emotionally supercharged (it pays tribute to producer Harris Wittels, who died unexpectedly last week) the show’s conclusion is also a goodbye to yet another primetime comedy that’s suffered from low ratings yet high acclaim.

Due to its flagging ratings—viewers have dropped by almost one-half since season one—the NBC series’ final season had already been bumped from its lucrative Thursday night slot to Tuesday. It was also crammed into a 7-week period. As TIME’s Jim Poniewozik wrote in December: “It’s fortunate enough that we’re getting seven seasons of the show at all, that it wasn’t just abruptly cancelled, and that it can more or less end in the manner of its makers’ choosing.”

Here’s a look at Parks and Recreation’s historical viewership, alongside other NBC primetime comedies to which we’ve bid farewell:

The golden age of network TV comedy has arguably already ended, with critically-acclaimed network shows like Seinfeld having once pulled in audiences greater than those of the Oscars. Some recent comedies, like CBS’s The Big Bang Theory, have amassed increasingly large audiences. But that proves the opposite point: Shows that are less well-received by critics can still pull in big rating from a mass audience. 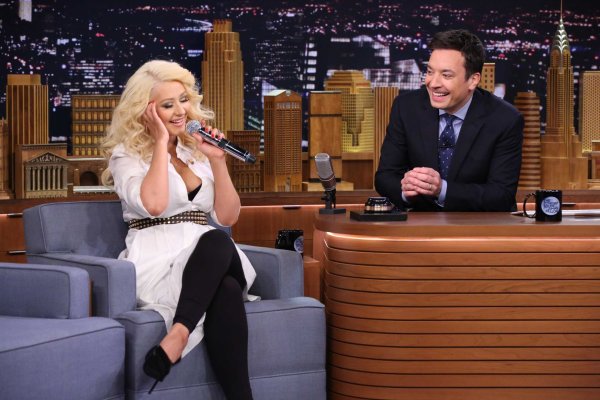 Watch Christina Aguilera Do a Perfect Britney Spears Impression
Next Up: Editor's Pick