College, where new Defense Secretary Ashton Carter has spent as much time as at the Pentagon, loves bull sessions. That’s just what Carter did Monday, summoning U.S. military and diplomatic brainpower to an unusual closed-door session in Kuwait where some of America’s finest Middle East minds gathered to debate how to defeat the Islamic State of Iraq and Greater Syria (ISIS).

Sure, the more than two dozen attendees sat at a government-issue T-shaped table, complete with their names on placards, instead of sitting cross-legged on the floor. But, at the start of his second week on the job, Carter made clear he is as interested in listening as he is in talking. “This is team America,” he declared, before reporters were ushered out of the room.

At the end of the six-hour session, Carter declared ISIS “hardly invincible,” and gave no hint of any major change in U.S. policy, despite calls from some congressional Republicans for more robust military action. “Lasting defeat of this brutal group,” Carter said, “can and will be accomplished.”

No revamped war plan was expected to surface during the session, although Carter said the U.S. needs to step up its social-media duel with ISIS, and that certain unnamed allies need to do more. Rather, aides said, Carter was seeking to dive deeply into the current U.S. strategy, understand its logic and see if it can be improved.

While such sessions often happen without public notice in Washington, convening one abroad — and publicly detailing its purpose and attendees — marks a shift in how the Pentagon is conducting business under its new chief.

The Pentagon instructed those attending to leave their PowerPoint presentations at home and be ready to face questions from Carter. These kinds of sessions — especially when senior officials are visiting from the capital — often turn into subordinates’ show-and-tell rather than tough questions with frank answers. “We had an incisive, candid, wide-ranging discussion—there were no briefings,” Carter said afterward. “It was the sharing of experience and ideas and expertise and it made me very proud of the American team here in this region.”

Carter, a physicist by training, has spent much of his career lecturing on college campuses, including at Harvard, Oxford and Stanford. Between academic gigs, he also has served tours inside the Pentagon, including as deputy defense secretary from 2011 to 2013.

Carter plainly wants the war on ISIS to end differently than the wars the U.S. launched in Afghanistan (in 2001) and Iraq (in 2003), where battlefield successes turned into nation-building quagmires. “If we are to have a defeat of [ISIS] … it needs to be a lasting defeat,” he told U.S. troops at Kuwait’s Camp Arifjan before Monday’s session began. “What we discuss here, and what I learn here, will be important to me as I formulate our own direction in this campaign and as I help the President to lead it.”

Assuming Carter heard something that could help turn the tide against ISIS, getting the White House to listen to his advice could prove challenging. President Obama’s first two defense chiefs, Robert Gates and Leon Panetta, made no secret of their disdain for White House interference in Pentagon planning, and Pentagon officials cited such micromanagement as a problem during Chuck Hagel’s recently concluded tenure. 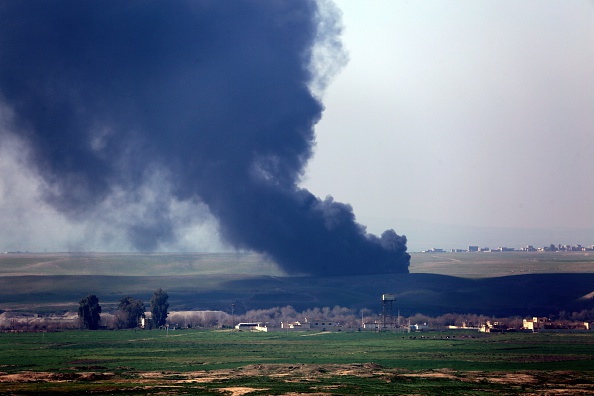 The Pentagon Spills the Beans: Stupidity, or Strategy?
Next Up: Editor's Pick