Lawmakers in Utah and Maine are waging the battle of the dog breeds, trying to get a favored variety recognized as their states’ official man’s best friend.

Supporters in Utah have had uneasy success making the golden retriever the “state domestic animal.” According to the the Salt Lake Tribune, the move came at the suggestion of a fourth-grade class. Those in favor cited the breed’s popularity across the state, as well as the golden retriever’s gentle temperament as a therapy animal.

But there were many on Monday who dissented out of loyalty to the german shepherd or the cocker spaniel, and the measure barely passed. It goes to a final vote later in the week.

Meanwhile, a bill to declare the labrador retriever Maine’s state dog suffered a resounding defeat in committee. State representatives, according to the Associated Press, wanted to avoid playing favorites, while one committee member called the whole affair a “waste of time.” (Notably, Maine already has an official state cat: the Maine coon cat.)

If Utah’s representatives vote to make the golden retriever as the official state pet, they’ll join five others that have singled out a dog or a cat. The Alaskan Malamute is, predictably, that state’s dog. Wisconsin has the American water spaniel, Louisiana has the Catahoula leopard dog and Maryland has bestowed the honor on the Chesapeake Bay retriever. Maryland is also the only state other than Maine with an official cat—the calico. 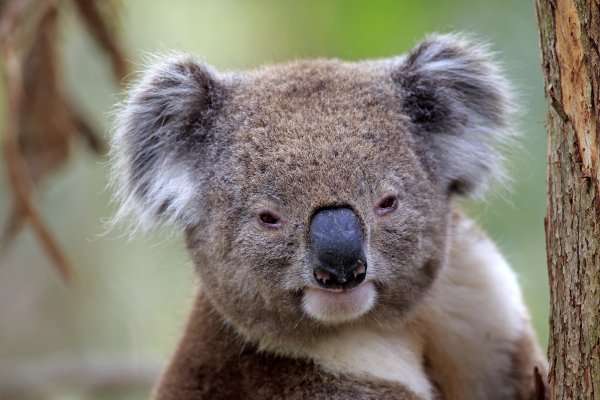 Stop and Look at This Koala Trying to Steal a Land Rover
Next Up: Editor's Pick