Behind The Sound of Music: Why the Real Maria Went to the von Trapps'

When the movie of The Sound of Music premiered 50 years ago, on Mar. 2, 1965, the world learned the story of would-be nun Maria, whose superiors, at their wits’ end over her flightiness, sent her to work as a governess for an Austrian naval captain with seven children.

But in reality, though Maria and the von Trapp family were real people, some details differed. For example, as TIME reported in 1949, before The Sound of Music was a play or a movie, her reason for going to the family was not quite like the cinematic version:

The story’s description of Maria is about as far from the film’s flibbertigibbet as possible. Rather, she has “the charm and will of a medieval matriarch.”

Interestingly, an earlier TIME story about the Trapp family, from 1938, reported on the Lotte Lehmann anecdote and the family coming to the U.S. to sing, “surpris[ing] many a gas-station attendant with their dirndl dresses and Lederhosen,” with no mention of the Nazis, the actual reason they ended up leaving their homeland. Their transition to living in the U.S. was not completely smooth — though Maria loved long-distance calls, she told TIME that she hated that the envelopes were oblong and that people put mayonnaise on pears — but eventually they settled down in Vermont, where the family still maintains an inn.

Read next: Can Even a Cranky Guy Fall for The Sound of Music? 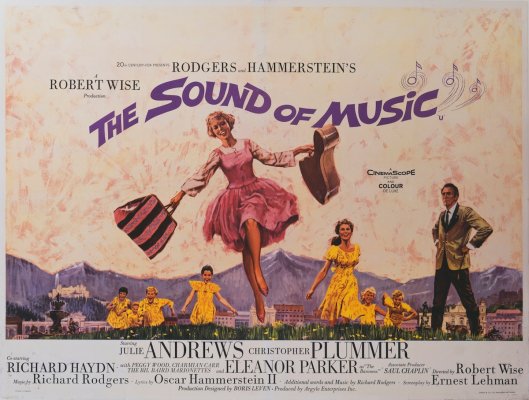 Can Even a Cranky Guy Fall for 'The Sound of Music'?
Next Up: Editor's Pick