Kelly Clarkson is on a mission to obliterate your bad mood. After helping some really, really sad people find love again in the video for the uplifting “Hearbeat Song,” the very first American Idol is offering seconds on empowering pop songs with “Invincible.”

If the latest taste of Clarkson’s upcoming Piece by Piece sounds familiar, that’s because it was co-written by “Chandelier” star Sia, who’s written for so many of pop’s biggest names at this point that it’s difficult not to notice her handiwork. Yet of all the artists Sia has collaborated with, few are more suited to the spotlight-averse songwriter’s brand of “victim to victory” anthems than Clarkson: no stranger to a few career ups and downs herself, Clarkson recorded a textbook-perfect example of one with 2011’s “Stronger (What Doesn’t Kill You).” 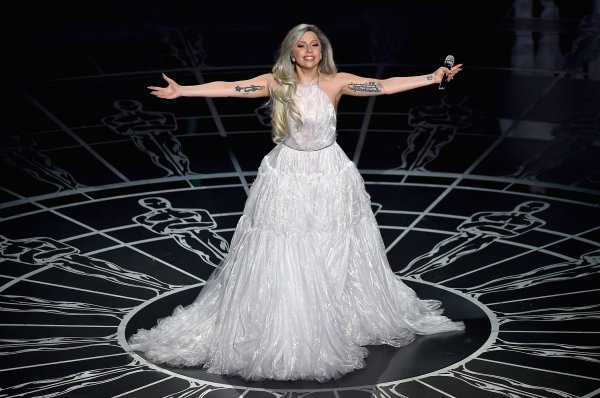 Sorry, Haters: America Loved Lady Gaga at the Oscars
Next Up: Editor's Pick