Behind the World War II Fire Bombing Attack of Tokyo

When the United States launched a bombing operation over Japan on Mar. 9, 1945, firebombing was hardly a new tactic. But the scope of the damage was unprecedented: as TIME framed it the following week, the fire in Tokyo destroyed “approximately 9,700 acres, or 15 square miles,” versus a single square mile that was destroyed by a Luftwaffe attack on London in 1940.

“This fire left nothing but twisted, tumbled-down rubble in its path,” Major General Curtis E. LeMay reported, according to TIME.

For one thing, the firepower available to U.S. pilots was on another level. The hard-fought and ongoing battle for Iwo Jima proved worthwhile, affording the American pilots an airfield within striking distance of the enemy capital, and planes also flew in from Saipan, Tinian and Guam. The hundreds of aircraft each carried several tons of incendiaries for a combined total of about 700,000 bombs. Though Japan did have anti-aircraft defense, it was aimed thousands of feet higher than the low-flying bombers flew.

Secondly, that firepower came in a new format: the M-69. The new bomb—a pipe full of gasoline jelly enhanced by a secret ingredient that had been developed by the oil company Esso; this jelly is now better known as napalm—created fire that was hotter and harder to put out than fires created by other common incendiary materials. “Dropped in loose clusters of 14, or ‘amiable’ clusters of 38, the finless oil-bombs are exploded by a time fuse four or five seconds after landing. Thereupon M-69s become miniature flamethrowers that hurl cheesecloth socks full of furiously flaming goo for 100 yards,” TIME reported shortly after the attack. “Anything these socks hit is enveloped by clinging, fiery pancakes, each spreading to more than a yard in diameter. Individually, these can be extinguished as easily as a magnesium bomb. But a single oil-bomb cluster produces so many fiery pancakes that the problem for fire fighters, like that of a mother whose child has got loose in the jam pot, is where to begin.”

Thirdly, areas of Tokyo—and other Japanese cities that were also targets—were particularly liable to burn. Though some buildings had been reinforced with concrete after recent earthquakes, many were pre-modern constructions of flammable materials. That meant a building didn’t have to be struck to burn: a firestorm spread throughout the city,

And finally, conditions that day were favorable to the bombers, with good visibility and wind.

The fatalities from the bombing raid were, as Kirk Spitzer explained for TIME.com in 2012, on par with those caused by the atomic bombings that would come a few months later, even though historical memory of the former has faded significantly more. 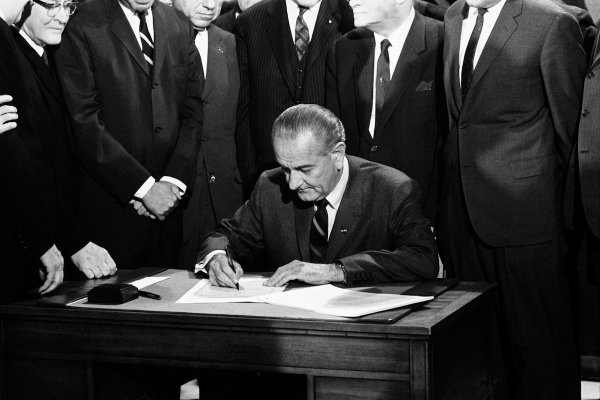