Lady Gaga's Performance at the Oscars Could Redefine Her Career

At an Oscars ceremony whose high points were almost entirely musical, Lady Gaga stole the show. The “Bad Romance” singer ditched her usual elaborate theatrics for a pared-down, beautiful 50th-anniversary tribute to The Sound of Music, for which she hit Julie Andrews’ high notes; the Oscar-winning actress thanked Gaga by name, proving that the establishment has accepted a pop star who was once the oddest girl in any room. What was shocking about it all was how un-shocking it was.

After all, this isn’t just any pop star we’re talking about. Lady Gaga practically invented the current era of pop music as spectacle, one that’s become an escalating arms race of self-conscious oddity. Katy Perry’s palling around with Left Shark and Miley Cyrus’ every aesthetic choice both owe something to Lady Gaga, who was the first dazzling weirdo to provide enough material for the web’s endless churn. Last night, though, Gaga was sedate and competent.

The competence, at least, should come as no surprise. Though as a singer, Gaga is better known for dance music that doesn’t necessarily capitalize on vocal gifts, she’s a trained musician who began her career as a rock-tinged singer-songwriter. It’s only in recent years that Gaga has begun to see her career lose its balance: her 2013 album, Artpop, was heavy on ideas about fame and light on musicianship.

The singer has righted things by leaning on the classics. Her most recent album is a set of duets with Tony Bennett, drawn from the American songbook. It won her a Grammy, and, perhaps more important, got her some respect back. An artist whose shtick had begun to wear thin has reinvented herself in the most surprising way of all: by leaning heavily on songcraft and artistry.

Gaga’s performance at the Oscars was not about the singer’s persona, her ideas about modern celebrity or her oddity; it was about The Sound of Music. Indeed, one choice in particular indicated that the singer’s outlook really has changed in recent months. Lady Gaga wore long red gloves on the red carpet, as though she were about to wash some dishes. It was classic Gaga, a clothing choice that would seem to beg for attention, until one realized that the gloves covered her new engagement ring — to ensure that no one would be talking about it. For a star whose career has long been about making herself the center of attention, Gaga’s ceding attention to something else was a major step forward. 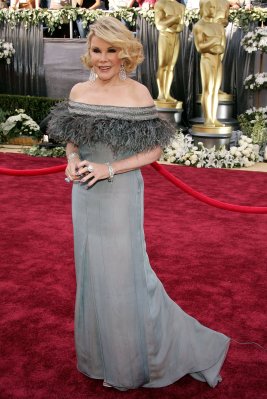 Making the 'In Memoriam' Montage at the Oscars Is More Complicated Than It Seems
Next Up: Editor's Pick