Turkish Men Are Wearing Miniskirts to Fight for Women's Rights

Some men wear skirts to show solidarity with women who have been protesting against violence against women since the recent murder of Ozgecan Aslan, a 20-year-old woman, during a march in Istanbul on Feb. 21, 2015.
Emrah Gurel—AP
By Laura Stampler

Men throughout Turkey and neighboring Azerbaijan are donning miniskirts to honor Ozgecan Aslan, a 20-year-old student who was allegedly murdered after fighting off a sexual assault by a minibus driver.

After Aslan’s burned body was found by a riverbed, the BBC reports, young people in Turkey were galvanized to protest violence against women. And these protests took place both on the streets and on the Internet:

On Wednesday, a group of men in Azerbaijan are believed to have started the hashtag #ozgecanicinminietekgiy, which translates to “wear a miniskirt for Ozgecan.” Since then, the hashtag has become viral.

Turkish lawyer and activist Hulya Gulbahar told CNN that the protest is “very effective.”
“People try to find excuses for rapes and killings,” she said. “But they didn’t find any in this case, because Aslan was very innocent, purely innocent. The protest shows that a short skirt is not an excuse for rape.” 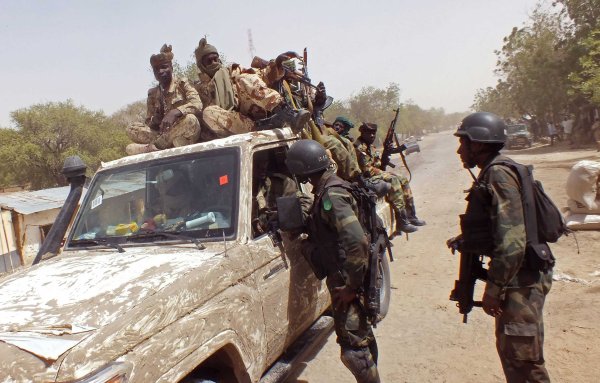