Apple Inc. said it would spend 1.7 billion euros ($1.9 billion) to build two data centers in Europe that would be entirely powered by renewable energy and create hundreds of jobs.

The investment, Apple’s biggest ever in Europe, will power Apple’s online services, including the iTunes Store, App Store, iMessage, Maps and Siri for customers across Europe.

The new centers are intended to meet what is expected to be a massive rise in demand for remote data storage in the medium-term, as both consumers and businesses come to depend more and more on Cloud-based technology.

The investment is set to be evenly divided between Athenry in Ireland and Viborg in Denmark, with the Irish government confirming that €850 million would be spent in Ireland. The two data centers are expected to begin operations in 2017.

“We’re thrilled to be expanding our operations, creating hundreds of local jobs and introducing some of our most advanced green building designs yet,” CEO Tim Cook said in a statement.

In a sign of how important Apple’s investment in Denmark was, the country’s trade and development minister issued a statement mirroring that of the iPhone maker’s, adding the two data centers would be among the largest in the world.

Ireland’s government also reacted to the announcement, saying 300 jobs would be added in the county of Galway during the multiple phases of the project, a boost as it seeks to cut the unemployment rate below 10 percent this year.

“As the Government works to secure recovery and see it spread to every part of the country, today’s announcement is another extremely positive step in the right direction,” Irish Prime Minister Enda Kenny said in a statement.

The tech blog Gigaom speculated that the decision could boost the company’s appeal to business customers, which are more inclined to insist on local storage of data for their software solutions, particularly since the disclosures made by NSA whistleblower Edward Snowden. In Germany in particular, the Snowden leaks have made public and government opinion openly suspicious of U.S. companies abusing the vast amount of data they hold.

A spokesman for Apple declined to comment on whether issues around privacy and regulation had played any part in the decision to locate the centers in Europe, rather than the U.S..

In addition to privacy and legal issues, the biggest concerns that affect such choices usually include things like electricity prices and low network latency (the ability of local internet infrastructure to handle massive traffic volumes at high speed), according to analysis by consultants Gartner Inc. Gartner also points out that locating centers in a colder environment (and both Ireland and Denmark fit that description) can cut running costs significantly, given the amount of power needed for cooling.

Denmark also has some of the lowest electricity costs in the E.U., thanks to massive (and generously subsidized) investment in wind power in recent years which means that the country is often a net exporter of electricity.

Ireland’s electricity prices are only in line with the E.U. average, according to Eurostat data, but the company already has an extensive footprint in the country after previous investments. The company’s relations with Ireland have, however, come into question. The E.U. last year opened an inquiry into Apple’s tax arrangements in Ireland, alleging that its tax treatment was so generous as to constitute illegal state aid. That investigation is still ongoing. 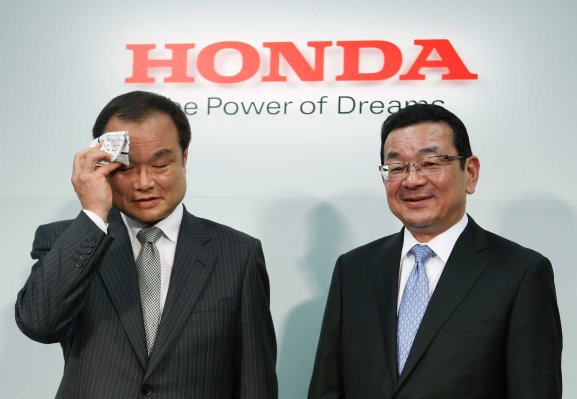 Honda Ousts CEO in Management Shakeup
Next Up: Editor's Pick