Chadian soldiers on top of a truck, left, speak to Cameroon soldiers, right, standing next to the truck, on the border between Cameroon and Nigeria as they form part of the force to combat regional Islamic extremists force's including Boko Haram, near the town of Gambarou, Nigeria, Feb. 19, 2015.
Edwin Kindzeka Moki—AP
By Aryn Baker

Victory in battle is rarely a straight shot. So it goes in Nigeria, where the fight against the militant Islamist insurgent group, Boko Haram, progresses in fits and starts. Victory one day is eclipsed by defeat the next. On Saturday Feb. 21, Nigeria’s military spokesman tweeted that the army had retaken the border town of Baga after a fierce battle with the group’s fighters.

But even as soldiers continued with the “mopping up” operation, residents elsewhere in the area reported scores of deaths at the hands of Boko Haram militants. And a day later, on Feb. 22, a suicide bomber killed five and wounded dozens in the northeast town of Potiskum, about 210 miles away. Though Boko Haram has yet to claim responsibility for the attack, the devastation was caused by what is rapidly becoming the group’s signature calling card: a female bomber, who, according to witnesses speaking to Reuters, looked to be no more than eight years old.

Though Boko Haram reportedly has enough firepower to successfully raid several Nigerian military garrisons, its ability to wreak terror is just as important in an asymmetric war like this one. United States intelligence officials estimate that Boko Haram has only 4000-6000 “hardcore” fighters, but a succession of attacks across Nigeria’s northeast and across the borders of its neighboring countries has nonetheless demonstrated the group’s seeming ability to be everywhere at once. The Nigerian military has a hard time keeping up, leaving many civilians caught in the middle. Few support Boko Haram, which has left a trail of massacres and abductions as it seeks to impose on the region its interpretation of Islamic law, but even fewer dare stand up to the group without a military to protect them.

Help is on the way: the African Union has pledged 8,750 soldiers, police and humanitarian officials to the fight. Already Nigeria’s neighbors Chad, Niger, and Cameroon, have entered the fray, defeating the insurgents in border areas and denying Boko Haram the sanctuary it once enjoyed. But Nigeria’s military is faced with an uncompromising deadline. National Security Advisor Sambo Dasuki has pledged that Boko Haram will be defeated before the March 28 presidential election, which was postponed from February for security reasons. That gives the army six weeks to do what it hasn’t been able to achieve in the six years since the insurgency launched.

Regaining Baga is a start. Strategically speaking, the fishing town offers little military advantage. Symbolically, it packs a punch. Boko Haram took Baga on January 3, in a surprise raid that sent soldiers tasked with protecting a nearby military garrison fleeing for their lives. Over the course of the next few days Boko Haram methodically rampaged through neighboring villages, killing and burning everything in its path. At the time, local officials estimated that up to 2000 residents had been killed; a government assessment put the number at 150. With access to the area limited and phone coverage all but cut off, it was impossible to establish which number was closer to the truth. Satellite imagery released by Amnesty International a few days later showed widespread devastation that gave credence to the higher count, though it is also possible that many residents fled before Boko Haram arrived.

Still, the discrepancy was largely interpreted as a government effort to downplay the insurgency’s strength, and the military’s failure. Now that Baga has been re-taken, investigators will be able to get closer to the truth of what actually happened. That may be of little comfort to those who lost loved ones and property in the massacre, but in the battle of messaging, it’s a start. 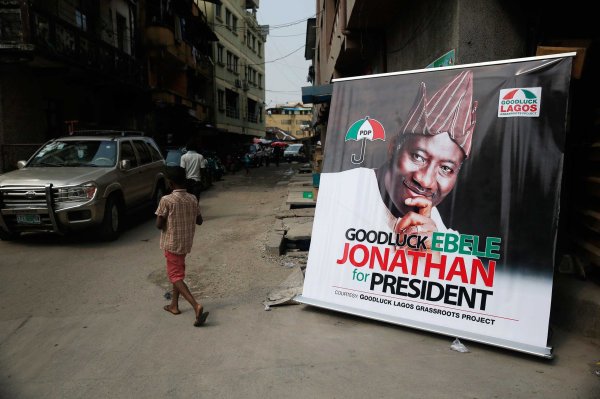