A Mini Auschwitz Display at a U.K. Kids' Attraction Has Been Slammed as 'Bizarre'

A tourist attraction geared at families and children in Birmingham, England has drawn flak for its “Railways in Wartime” Auschwitz display, depicting model trains shepherding Holocaust victims to their death in Nazi concentration camps.

“The Holocaust was only possible because of trains,” Wonderful World of Trains and Planes managing director Peter Smith told the Birmingham Mail. He said that he had received no complaints.

A sign by the display — which lies incongruously next to models of seaside Britain in the 1930s and London in the Swinging 60s — reads: “On each train about 3,000 men, women and children were herded into cattle wagons and moved hundreds of miles to the death camps – Bergen-Belsen, Auschwitz, Treblinka and others.”

Matt Lawson, a lecturer at Edge Hill University, has called the display “bizarre.”

“It’s a step too far and I really don’t understand the thought process,” Lawson told the Mail. “Did someone wake-up one morning and say, ‘You know what this place needs’…”

Mala Tribich, a survivor of Ravensbruck and Bergen-Belsen concentration camps who lectures on her experiences, said “Wonderful World’s Auschwitz is a useless tool in educating children about the Holocaust.” 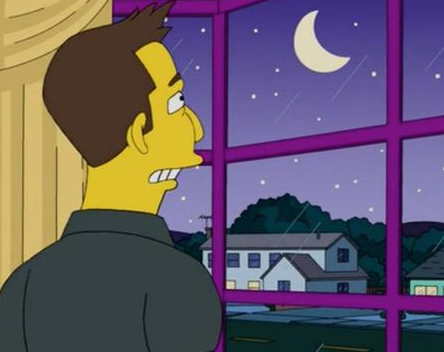 Is The Simpsons Actually Set in Australia?
Next Up: Editor's Pick