Fifty Shades of Grey‘s leading lady Dakota Johnson isn’t nominated for an Oscar, but she’s already generating buzz on the red carpet. The actress, who’s a presenter at the 87th Academy Awards, arrived with her date for the night: mother Melanie Griffith, who’s already said she won’t be seeing her 25-year-old daughter’s steamy role on the big screen — as it would probably make both mother and daughter uncomfortable.

So it was good Griffith wasn’t within earshot of Johnson’s interview with Ryan Seacrest when the E! host asked her what she took home from the set of the film. “A flogger,” she said, then quickly followed it up with. “Can I say that on television?” Too late. 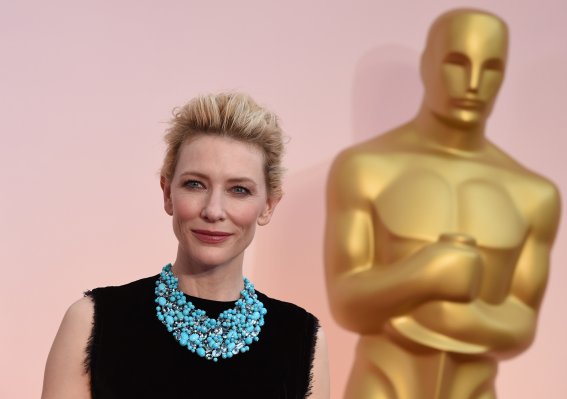 See Celebrities Walk the Red Carpet
Next Up: Editor's Pick