The 22-time Olympic medalist posted a photo of the couple lying in the snow with the caption, “She said yes.” Johnson posted a similar photo to her Instagram with with the caption “I’m gonna be a Mrs.”

The couple began dating in 2009 but broke up in 2012 before getting back together, according to Page Six. Johnson was Miss California USA 2010. 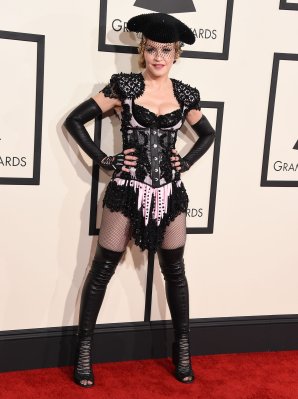 Madonna's Most Memorable Social Media Moments
Next Up: Editor's Pick