Why Washing Dishes by Hand May Lead to Fewer Allergies

Households worldwide now have extra incentive for getting family members to do the dishes: It could prevent the development of allergies.

A new and preliminary study, published in the journal Pediatrics, adds to an increasing body of evidence that suggests getting a little dirty does the immune system some good. That thinking is known as the “hygiene hypothesis,” which speculates that the reason kids develop so many allergies today is because their environments are just too clean. Without exposure to bacteria early in life, children’s immune systems don’t become as hardy as they could be.

Research over the years has linked a variety of early lifestyle factors, like having pets, eating fish and living on a farm to a significantly lower risk of developing allergies. Now this new study suggests that hand washing dishes might be the next behavior to add to the list.

“If you are exposed to microbes, especially early in life, you stimulate the immune system in various ways and it becomes tolerant,” says study author Dr. Bill Hesselmar of Queen Silvia Children’s Hospital in Gothenburg, Sweden. “We thought [hand washing dishes] might be important, but we didn’t know, so we asked that question.”

Hesselmar and his team surveyed the parents and guardians of 1,029 Swedish children ages 7 to 8. They discovered that children in homes where the family hand-washed the dishes instead of using a machine were less likely to have allergies. Only 23% of children whose parents used hand dishwashing had a history of eczema, compared with 38% of kids whose families mainly used machine dishwashing. The researchers also found that the result was amplified when kids ate fermented food or food bought directly from farms.

Though the study is only observational and can’t confirm causality, Hesselmar and his team have a few speculations.

It’s not necessarily that the kids are washing the dishes themselves and becoming exposed to bacteria. That might be one form of exposure, but as Hesselmar notes, some of the kids might be too young for that chore. Instead, it could be that long-term use of hand-washed dishes does the trick. Prior research comparing the cleanliness of dishes washed by hand to those washed by machine has shown that machine washing is more efficient and leaves fewer bacteria behind. Living in a household that hand-washes means family members are eating off of plates and cutlery that have more bacteria, and therefore more microbial exposure.

Families who hand-wash may also have other lifestyle factors that contribute to a lower allergy risk. The researchers note that overcrowded housing, low socioeconomic status and immigration status can also be linked to fewer allergies, as well as possibly different modes of dish washing.

“The study was really well done and caveated well, while simultaneously suggesting new areas of research and interesting models,” says Jonathan A. Eisen, a professor at the University of California at Davis. Eisen, who was not involved in the study, is an expert on exposure to microbial communities.

The study still leaves a few questions unanswered, like why hand washing was only associated with a lower likelihood of eczema and not other allergy-related symptoms like asthma, or why the effect was so significant even though dish washing requires the use of soaps, possibly even antibacterial products. Hesselmar says they are asking the same questions and hope to continue looking into the link.

Read next: This ‘Peanut Patch’ Could Protect Against Peanut Allergies 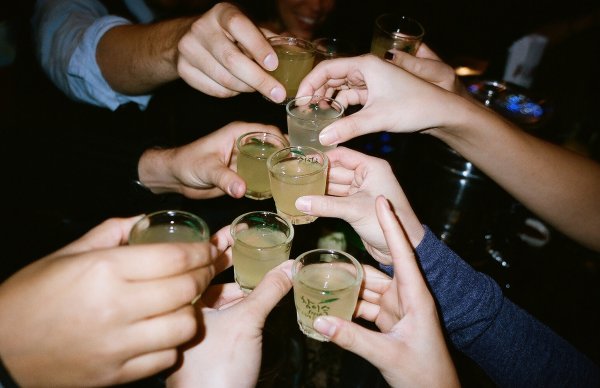 Are YouTube Videos With Alcohol Dangerous?
Next Up: Editor's Pick