5 Reasons Brazil Is Getting Close to the Brink

Brazilian President Dilma Rousseff reacts during a breakfast meeting with the media at the Planalto Palace in Brasilia, Dec. 22, 2014.
Joedson Alves—Reuters
By Ian Bremmer

Brazil is grappling with a lingering corruption scandal, colossal drought, and an unpopular president who is suffering the consequences. Here are five reasons the country’s prospects look increasingly grim:

Bleak economic outlook
The world’s seventh largest economy is off to a rough start in 2015. Within the first 10 days of February, Brazil’s Real lost a tenth of its value against the dollar. January saw the country’s inflation rate increase to 1.24% from 0.78% the previous month, the highest rate since February 2003. Brazil’s economy is hardly expected to grow this year: the IMF forecasts just a 0.3% increase in GDP for this major emerging market.

Water shortages
Brazil is suffering through a historic drought, making it likely that the government implements water and power rationing. In 2014, Sao Paulo suffered the worst drought in over 80 years; with peak rainy season now over, its main reservoir sits at 6% of capacity. Since hydropower accounts for some 70% of Brazil’s electricity, water shortages directly threaten the power sector too. A federal decision to withdraw fiscal subsidies from the power sector could raise utility prices by 40% this year.

Ominous hikes in poverty and public transportation
Brazil’s middle class has grown dramatically since the turn of the century, now accounting for about half of the population. As it grew, extreme poverty fell; the number of people unable to afford enough calories to avoid malnutrition has declined by more than two-thirds since 2003, when the center left Worker’s Party took office. But in November, Brazil’s government announced the first annual rise in extreme poverty on its watch, with the ranks of the indigent growing by 371,000 between 2012 and 2013. Meanwhile, that bigger middle class has put bigger demands on public services. In 2013, hundreds of thousands turned out to protest bus fare increases and expenses surrounding the World Cup that took place the following year. Last month, the government announced bus and train fire hikes that are even higher than those from 2013—16.6% in Sao Paulo and 13.3% in Rio. And Brazil will host the Olympics next year.

Corruption isn’t going away
Campaigning for her re-election last year, President Dilma Rousseff touted the state-run oil company Petrobras for creating 74,000 new jobs. Yet, an ever-deepening corruption scandal has engulfed the company and the government. Prosecutors report at least $730 million in “suspicious payments” on Petrobras contracts; the former purchasing chief indicated that 3% of his division’s contracts were provided to Rousseff’s Worker’s Party and allies for personal use or campaign finance. According to federal prosecutors, there are 232 companies currently under investigation. In Brazil, endemic corruption is commonplace: bribery is an ingrained practice for those seeking licenses or currying favor with regulators. More than 20,000 government jobs are by appointment—compared to 5,500 in the United States—providing politicians with ammunition to reward allies or business partners.

President Rousseff takes the hit
Add up all these painful developments, and it’s no wonder that the tide has turned against Dilma Rousseff. Since narrowly winning reelection four months ago with 51.6% of the vote, her approval ratings have nearly halved. A recent poll revealed that the percentage of people who rated her performance as “excellent or good” declined from 42% to 23% in just three months; those who rated her presidential performance as “bad or terrible” spiked from 24% to 44%. Brazilians are losing faith in Dilma: 60% believe Rousseff lied more than she told the truth during her campaign, and 77% think Rousseff knew about the corruption at Petrobras, a company she used to run. 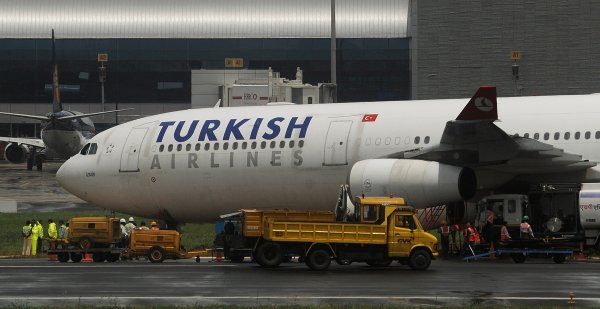