Birdman soared past the competition, winning the Best Picture prize at the 87th Academy Awards.

Director Alejandro González Iñárritu’s film, shot to resemble a single take and featuring a large ensemble cast, was a major undertaking; what may have clinched the award for Birdman, though, is the film’s element of satire. In a Hollywood defined by big-budget superhero films, a movie that asked what it meant for a franchise player to try to be an artist was an apt winner. (It has gone widely noted that this win makes three of the past four Best Pictures about the challenges and inner strength of the people who make movies, after 2011’s The Artist and 2012’s Argo.)

Also of note: Birdman’s $36 million domestic box-office take makes it the second-lowest-grossing Best Picture of the past 35 years, though presumably its audience will grow thanks to the Academy’s imprimatur. Birdman also won Oscars for Best Director, Best Original Screenplay and Best Cinematography. 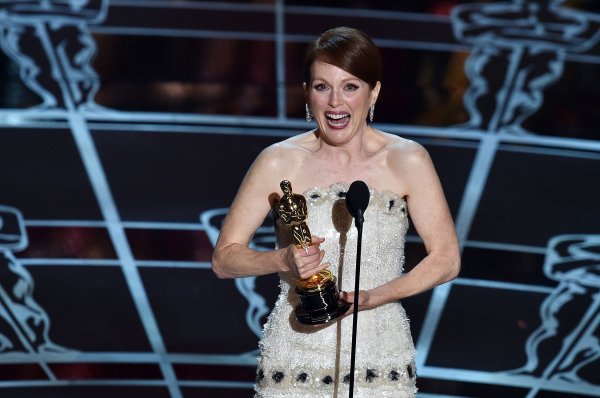 Watch Julianne Moore Win Best Actress for Still Alice at the Oscars
Next Up: Editor's Pick