These Are the Worst Paying Jobs for Women

A full-time female employee earned 82.5% of what a man earned in 2014, up considerably from 1979, when women made an estimated 62% of what men did. While this is certainly an improvement, progress has slowed between 2000 and 2014.

In many of the largest occupations in the country, women earn close to what men do on a weekly basis. In others, however, the disparity remains closer to the 1979 levels. Median weekly earnings among female workers in all of the 10 occupations with the widest gender pay gap were less than three-quarters of what males earned. The typical female personal financial advisor brought in just 61.3% of her male counterpart’s earnings in 2014, the widest pay gap among all occupations reviewed.

Based on the Current Population Survey from the Bureau of Labor Statistics, 24/7 Wall St. identified the 10 occupations where the median weekly full-time earnings among women was the smallest as a percent of men’s earnings.

According to Ariane Hegewisch, a study director at the Institute for Women’s Policy Research, pay gaps between men and women are often wider in traditionally high-paying occupations. Six of the 10 occupations with the widest pay gaps had median weekly earnings of more than $1,100, and were all among the higher weekly earnings figures.

These relatively high-paying jobs tend to have much more flexible pay packages that can include such extra incomes as commissions, bonuses, and merit pay. These advantages frequently favor males over females. Six of the 10 occupations had commission-based pay structures, available bonuses, merit-based pay such as tips, or a combination of the three.

These extra earnings are most common in financial occupations. Personal financial advisors, financial services sales agents, and financial managers all had among the 10 worst pay gaps, as well as relatively high median weekly earnings for men and women. The more forms of extra earnings available, Hegewisch explained, “the more scope there is for bias and discrimination.”

The gender composition of the workforce has changed over the last several decades, but the demands of both career and motherhood remain the same. Jobs such as doctors pay women less in part because women often choose specialties that require fewer hours and can accommodate family responsibilities. For example surgeons, who can “work 80-hour weeks, or 14 hours in a stretch” and receive more money as a result, are disproportionately men, Hegewisch said.

However, even where females seem to dominate a speciality — such as pediatrics — they still earn less than male doctors, according to a 2010 report from the Center for Research on Gender in the Professions. And, the Center concluded, “Women also earn less than men in the higher paying specialties. For example, women gastroenterologists make 79% of what their male counterparts earn.”

To identify the 10 occupations with the largest gender wage gap, 24/7 Wall St. reviewed the U.S. Bureau of Labor Statistics’ release of earnings data from the Current Population Survey (CPS) for 2014. The data are based on weekly earnings of both men and women working at least 35 hours a week year-round. We considered only occupations not broken out into more specific categories by the CPS. We also excluded those occupations not found in the BLS Occupational Outlook Handbook (OOH). As the BLS explained, the OOH provides much greater detail and more data for occupations.

These are the jobs with the largest pay gaps between men and women.

There were more than 2.6 million delivery truck drivers and driver/sales workers in 2014, one of the largest occupations in the nation. The job was also predominantly male. Just 4% of such drivers were female in 2014, nearly the lowest proportion among all occupations. As Hegewisch explained in an interview with 24/7 Wall St., women are often expected to take on more family responsibilities, which often prevents them from taking such jobs. Truck drivers are frequently on the road for long stretches at a time, and work demanding hours. The low percentage of females entering the truck driving profession may account in part for the wide pay gap. Women earned 73.7% of what male drivers made in 2014, the 10th largest pay gap among occupations reviewed.

Real estate brokers are usually licensed to manage their own real estate businesses, while sales agents usually work with a broker. Both facilitate real estate deals between property owners and interested parties and are usually paid commissions. A typical female real estate broker earned $726 per week in 2014, less than 74% of the median weekly earnings of men. This was the ninth largest gender wage gap among occupations reviewed. By contrast, full-time female workers across all occupations earned 82.5% of what men earned nationwide. Although less male-dominated professions tended to have less pronounced wage gaps between men and women, this was not the case in this profession. While 55% of real estate brokers and sales agents were female in 2014, the pay gap was still among the worst nationwide.

Wide pay gaps between men and women are prevalent in traditionally high-paying occupations, yet bartenders are not especially well paid — as is the case in most restaurant jobs. Bartenders’ median weekly earnings of $522 in 2014 were lower than the majority of occupations reviewed. A typical female bartender earned $459 a week, 72.4% of the median weekly earnings among men in 2014. The pay gap among bartenders has also widened considerably more than most occupations since 2005, when women earned 98.8% of what men earned. Last year, 52% of bartenders were women, one of the higher proportions among occupations reviewed.

The largest pay gaps tended to be in high-paying occupations. Retail sales jobs, however, which require low levels of education, were one of the worst paying. The median weekly pay for both sexes in the occupation was $596 in 2014, one of the lower figures among all occupations. While a typical salesman earned $698 per week, a typical saleswoman earned $491 per week in 2014, or 70.3% of what men earned. This was the sixth largest pay gap, although it had improved substantially from 2005, when women earned 66.2% of what men earned. The improvement in the occupation was better than that of the nation. Women also made up a minority of salespeople in the United States last year. Of the nearly 1.9 million retail salespersons, fewer than 40% were female, one of the lower proportions.

Top executives are responsible for strategies and policies that move an organization toward its goals by planning, directing, and coordinating the operations of their companies. They are usually a company’s highest earners. There were almost three times as many men as women in this occupation in 2014, the second highest ratio among the 10 jobs with the highest pay gaps. Men also earned nearly 43% more than women in the same position. Male CEOs had median weekly earnings of $2,246, the highest among men in all occupations reviewed. Earnings for all CEOs were also the highest compared to all occupations. 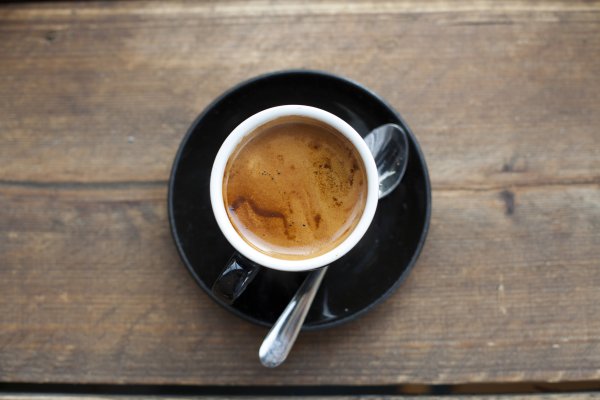 Here's How Caffeine Can Silently Kill Your Success
Next Up: Editor's Pick