As had been widely predicted, Patricia Arquette won the Best Supporting Actress trophy at the Oscars for her role in Boyhood. Arquette played the protagonist’s mother, a role that grew in importance and emotional sweep over the running time of the film. Arquette, a veteran actress who rose to prominence in films like True Romance and Ed Wood, had never been nominated for an Oscar previously; over the course of Boyhood‘s 12-year filming period, she won an Emmy for her role in the TV procedural Medium.

In her speech, Arquette dedicated her Oscar to American women, and ended with a powerful call to action. “To every woman who gave birth to every citizen and taxpayer of this nation, we have fought for everybody else’s equal rights,” she said. “It’s our time to have wage equality once and for all and equal rights for women in the United States of America.”

Meryl Streep got out of her seat to cheer for Arquette, and Twitter exploded with support for the newly minted Oscar winner. 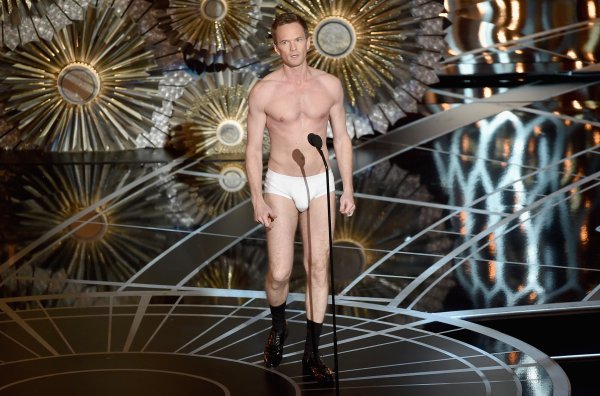