Prior research has suggested that teen media exposure to alcohol, whether through TV shows or movies, could influence their drinking behaviors. Now, a new study suggests that online videos may also be a site for negative exposure.

In the new study published in the journal Alcoholism: Clinical & Experimental Research, a team of researchers watched 70 of the most popular videos on YouTube related to intoxication in order to see what kinds of messages they were sending.

To do that, the researchers searched for the terms “drunk,” “buzzed,” “hammered,” “tipsy,” and “trashed” and chose the most popular and relevant videos in those categories. In order to characterize the videos, they coded each one for a variety of factors, like how much alcohol was depicted, who the characters were and whether the video showed consequences of binge drinking. Overall, the videos contained more men than women, and usually depicted a specific brand. Rarely did the videos show poor side effects like withdrawal.

The videos with the most “likes” tended to be funny, and the overall vibe of the video was upbeat and positive when a specific brand was mentioned. Hard alcohol was the most common beverage featured, even though beer is the most common alcoholic beverage consumed in the United States, the authors note.

In the study, the researchers didn’t make any connections between watching the videos and drinking more or drinking more dangerously. But their findings shed light on what alcohol-related content is available online. The findings are still preliminary, but online videos may be another way to target young people who might be susceptible to messaging.

Conversely, the researchers also view YouTube as a potential venue to reach young people with positive messages about drinking as well. Videos could educate teenagers about the potential consequences of behaviors like binge drinking. Either way, YouTube may be worth further consideration by public health experts, they note. 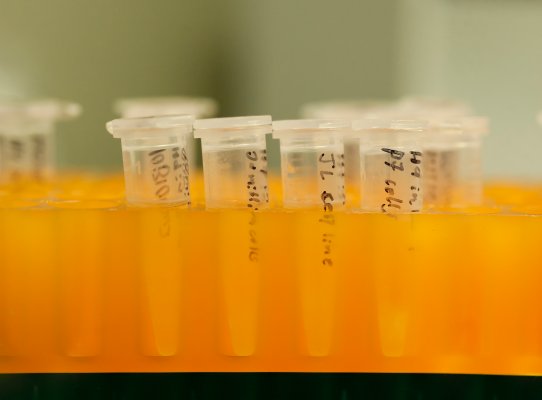 Home Test For Bloom Syndrome Approved
Next Up: Editor's Pick