A poster, published by the League of Women Voters, urging women to use the vote which the 19th amendment gave them, from circa 1920
MPI / Getty Images
By Lily Rothman

Pop quiz: when did women in the United States get the right to vote?

If you answered June 4, 1919, or Aug. 18, 1920 — the dates on which the 19th Amendment was passed and ratified — then you’re almost right. Yes, the Amendment guaranteed that the right to vote could not be denied on account of sex. But the right wasn’t fully secured until this day, Feb. 27, in 1922. That’s when the Supreme Court decided Leser v. Garnett.

Here’s what the case was about: Two Maryland women registered to vote a few months after the 19th Amendment passed. Oscar Leser, a judge, sued to have their names removed from the voting rolls, on the grounds that the Maryland constitution said only men could vote, and that Maryland had not ratified the new amendment to the federal constitution — and in fact, Leser argued, the new amendment wasn’t even part of the constitution at all. For one thing, he said, something that adds so many people to the electorate would have to be approved by the state; plus, some of the state legislatures that had ratified the amendment didn’t have the right to do so or had done so incorrectly.

The Supreme Court found that both arguments flopped: when suffrage had been granted to all male citizens regardless of race the Amendment had held up, despite the change to the electorate, and the ratification powers Leser questioned had in fact been granted by the Constitution. (And in a few states where things were iffy, it didn’t matter because enough other states had ratified.)

So, while the 19th Amendment granted women the right to vote, Leser made sure that the right could actually be used, even where the state constitution said otherwise. It’s not one of the more famous Supreme Court decisions in American history, but without it the electorate would be, well, lesser. 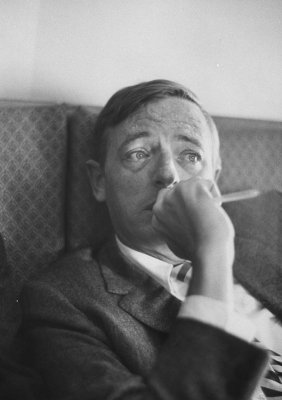 The Conservative Case for Legalizing Marijuana
Next Up: Editor's Pick