Notable Harvard alumni including Natalie Portman and RFK Jr released a letter Friday calling on their brethren to join current students in demanding that Harvard sell off stocks in companies that deal in fossil fuels.

Harvard students have been engaged in a long battle to get the university to divest its $35.9 billion endowment from coal, gas, and oil companies that students say contribute to global warming.

On Friday, lawyers for the university asked a judge to dismiss a lawsuit filed last year by Harvard students demanding that the school has a duty to stop financially supporting companies that contribute to climate change.

Last week, more than 30 students staged a sit-in in the administrative building that houses the President’s office to demand divestment, and students are starting a competitor to Harvard’s endowment, the fossil-free fund, where concerned alumni can direct donations.

“Those students have done a remarkable job in garnering overwhelming student support for divestment, and the faculty too have delivered a strong message,” the letter said. “But so far [Harvard] has not just refused to divest, they’ve doubled down by announcing the decision to buy stock in some of the dirtiest energy companies on the planet.”

The letter also points out the dangers of global warming, the fact that Harvard’s divestment has in the past been a powerful motivator for change, in South Africa during apartheid for example, and that investing those resources in renewable energy will be better for Harvard in the long-run.

The letter also referenced a concept originally stated by Drew Faust, Harvard’s first female president: “The essence of a university is that it is uniquely accountable to the past and to the future – not simply or even primarily to the present.”

Alumni will be joining a teach-in on April 12, and a rally in Harvard Yard on April 13. Some of the alumni will join in a peaceful sit-in around the main administrative building. The letter encouraged all alumni to wear their Harvard gear, out of love for the school. 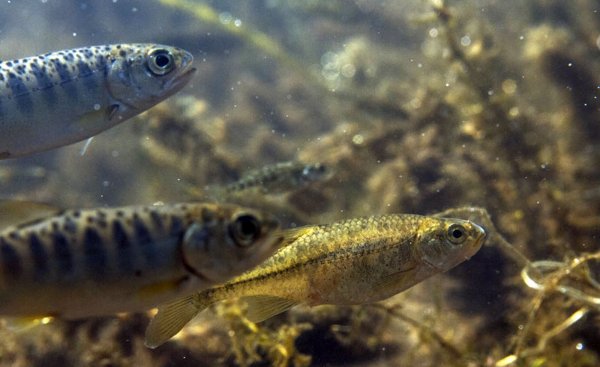 Endangered Species List Strikes Off Its First Fish
Next Up: Editor's Pick