Milly, a 13-week-old kitten waits with her brother Charlie (L) to be re-homed at The Society for Abandoned Animals Sanctuary in Sale, Manchester which is facing an urgent cash crisis and possible closure on July 27, 2010 in Manchester, England.
Christopher Furlong—Getty Images
By Sam Frizell

A card game that features exploding kittens and wise goats has raised an astonishing $8.78 million on Kickstarter.

With 219,382 backers, “Exploding Kittens” is the most-backed Kickstarter project ever. It’s also received more funding than any project from the Games category.

Exploding Kittens was created by comic artist Matthew Inman, as well as Elan Lee and Shane Small. The game consists of a deck of cards and is basically a non-deadly version of Russian Roulette: if you draw a card with an detonation-prone kitten, you’re out.

The creators’ goal was a measly $10,000 in funding. Now, the game’s creators will have to ship card decks to more than 200,000 people, Mashable reports.

In a question-and-answer session on Reddit, a commenter asked, “Did you have any idea that this was going to be this big?.” Lee replied, “NOPE.” 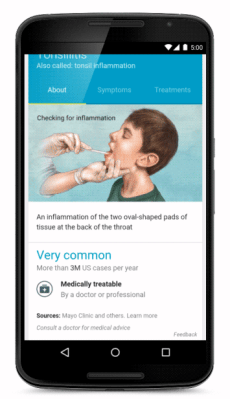 Here's How Google Wants to Make It Easier to Treat What Ails You
Next Up: Editor's Pick