This Is Microsoft's New Plan to Invade Your Smartphone

Hardly a month passes these days where Microsoft hasn’t announced a new acquisition. In December it snapped up Acompli, a popular email app, for $200 million. Two weeks later it nabbed HockeyApp, a developer platform that shows how often a smartphone app crashes or bugs out. That was followed by the acquisition of Sunrise, a calendar app, for a rumored $100 million.

In total, Microsoft has gobbled up one to two young companies a month since November. It has all the appearances of a shopping spree.

In a way, this is just business as usual for the tech giant. Microsoft is an $86 billion-a-year enterprise. It doesn’t have to dig all that deep into its pockets to find a spare $100 million for an acquisition or two. Microsoft on average acquired 15 companies a year before 2009, according to data collected by market research firm CB Insights. That rate dropped to five a year around 2010 before picking up speed under CEO Satya Nadella, who took the reins in early 2014. If anything, Microsoft is just regaining its old appetite, which amounted to a whopping 149 acquisitions during Steve Ballmer’s 13-year tenure as the company’s previous CEO.

But what’s different about Microsoft’s latest acquisitions is the speed at which it’s turning them into new products for devices beyond those just running Microsoft’s Windows software. Microsoft has long struggled to make a dent in the mobile world, with more than nine out of 10 phones running either Android or Apple’s iOS. Nadella is now eager to make up for lost ground in mobile, and that’s meant a big change in Microsoft’s acquisition strategy.

“For a long time Microsoft’s strategy was embrace and expand, and everything was filtered through the lens of how this would advance Windows,” says Kevin Werbach, a legal studies and business ethics professor at University of Pennsylvania Wharton. But Nadella is more willing to make great apps regardless of which device is running them — he just wants Microsoft’s products in front of as many people as possible, and fast.

“Nadella is trying to reposition Microsoft into a faster moving and more nimble company,” says Werbach. “Showing that they can take an acquisition and turn it around quickly is indicative of that.”

Acompli is the best example of Microsoft’s new playbook: In a matter of weeks, Microsoft took Acompli’s popular email app and rebranded it as Outlook for iOS and Android, to rave reviews from the tech press. Before the Acompli move, Microsoft’s iOS and Android Outlook offering was nothing more than a clunky web portal disguised as an app. It’s a safe bet that Sunrise and similar acquisitions will reappear as Microsoft-branded offerings just as quickly.

Microsoft’s initial success with Outlook is a good omen for a company which many wrote off as having missed the boat on mobile. Its challenge moving forward will be ensuring that its apps are the absolute best offering for any particular task. Right now, Microsoft is benefitting from the app economy’s volatility: It’s easy for users to ditch one email app in favor of a new, better one. But that same characteristic could spell doom for Microsoft’s efforts down the road if the company gets too complacent — witness the unprecedented growth of Slack, a barely one-year-old office messaging app that hasn’t spent a cent on advertising, and yet has grown its user base 35% since the start of the year alone, much to the chagrin of its older rivals.

“A company like Slack, I don’t think anybody’s ever seen anything like this,” says Matthew Wong a research analyst at CB Insights. “The fact that companies especially in mobile can sort of achieve growth at the rate they are doing now is just too hard for companies like Microsoft to ignore.”

Microsoft will have to keep a vigilant watch over its apps. Its acquisition team will have to make quick and gutsy calls on which apps to bring in house, and which it can build better. The wrong call could also amplify criticism of its acquisition strategy — the company took a drubbing for its 2007 purchase of aQuantive, largely regarded as a $6.2 billion flop. A few killer apps that stay on top could help silence those critics once and for all. 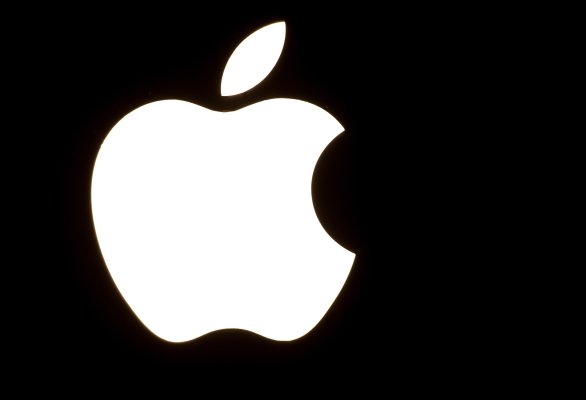 Apple Wants to Produce an Electric Car
Next Up: Editor's Pick