The attackers in Grenoble were said to be carrying a flag like this one being waved in Raqqa, Syria, on June 29, 2014
Reuters
Ideas
By Ayaan Hirsi Ali
Ayaan Hirsi Ali is the founder of the AHA Foundation and the author of Infidel, Nomad, and the new book Heretic: The Case for a Muslim Reformation.

Recent days have witnessed a number of attempts to grapple valiantly with the threat posed by ISIS and radical Islam. Graeme Wood in The Atlantic and Damon Linker in The Week are among those who are now confronting the theological arguments that inspire radical Islamic fighters and groups like ISIS.

Even as writers and public intellectuals explore the theological factors pertaining to Islamist violence, however, the Obama Administration has conspicuously avoided any discussion of Islamic theology, even avoiding use of the term radical Islam altogether. The White House this week held a Summit on Countering Violent Extremism (a rather nebulous concept) while intentionally avoiding mention of radical Islam.

How can the Administration miss the obvious? Part of the answer lies in the groups “partnering” with, or advising, the White House on these issues. Groups such as the Muslim Public Affairs Council and the Islamic Society of North America insist that there should be no more focus at the summit on radical Islam than on any other violent movements, even as radical Islamic movements continue to expand their influence in Syria, Iraq, Libya, Yemen, Nigeria and elsewhere.

Amplifying a poor choice of Muslim outreach partners, however, President Obama and Secretary of State John Kerry have argued in recent days that economic grievances, a lack of opportunities, and countries with “bad governance” are to blame for the success of groups like ISIS in recruiting Muslims to their cause. Yet, if this were true, why do so many young Muslims who live in societies with excellent governance—Denmark, the Netherlands, the U.K., the U.S.—either join ISIS or engage in jihadist violence in their own countries? Why do young Muslims with promising professional futures embark on the path of jihad?

Neither the summit partners nor the Administration can effectively answer these questions.

Both Denmark and the Netherlands have good governance. Both offer not only free health insurance but also free housing to Muslim refugees, along with high-quality education for their children. This should produce an outpouring of gratitude by young Muslims toward their host society, and no jihadists.

Yet there are dozens of jihadists hailing from the Netherlands, and a recent attack in Copenhagen was committed by a man who was raised in Denmark and had effectively enjoyed years of Danish hospitality.

The question is not limited to Europe. Minnesota, for instance, is hardly a state with bad governance. It offers ample opportunity for immigrants willing to work hard. Yet more than a dozen young men from the Twin Cities area have joined the jihadist movement in recent years.

How can Obama or Kerry explain this? Based on the President’s public statements and Kerry’s analysis in the Wall Street Journal, they cannot.

It is worth remembering Aafia Siddiqui, the MIT-educated neuroscientist who could have enjoyed a prestigious and lucrative career in the biotech industry but instead chose to embrace radical Islam, eventually becoming known as Lady al-Qaeda.

Or think of the three Khan siblings, who recently sought to leave Chicago in order to go live in Syria under the rule of ISIS. The sister, intelligent and studious, had planned to become a physician. The siblings were intercepted before they could fly out of the country, and prosecutors argue they wanted to join armed jihad. Defense attorneys have a different explanation, saying the siblings desperately wanted to live under a society ruled by Shari‘a law—under the rule of Allah’s laws, without necessarily wanting to commit acts of violence.

It is this motivation—the sincere desire to live under Islamic religious laws, and the concomitant willingness to use violence to defend the land of Islam and expand it—that has led thousands of Western Muslims, many of them young and intelligent and not the oft-described “losers,” to leave a comfortable professional and economic future in the West in order to join ISIS under gritty circumstances.

In its general strategy, the Obama Administration confounds two things. It is true that in failed states, criminal networks, cartels and terrorist groups can operate with impunity. Strengthening central governments will reduce safe havens for terror networks. Kerry’s argument in the Wall Street Journal is different, however: namely, that if we improve governance in countries with bad governance, then fewer young people will become violent extremists. That’s a different argument and not a plausible one. In fact, it’s a really unpersuasive argument. Muslims leave bright, promising futures to join ISIS out of a sense of sincere religious devotion, the wish to live under the laws of Allah instead of the laws of men.

In reading Kerry’s piece, I am glad that in the late 1940s the U.S. had people like George Kennan employed in its service to see the communist threat clearly and to describe it clearly. But where is today’s Kennan in this Administration? Who in the U.S. government is willing to describe the threat of radical Islam without fear of causing offense to several aggressive Islamic lobby groups?

U.S. policymakers do not yet understand Islamism or what persuades young Muslims to join jihad: sincere religious devotion based on the core texts of Islam, in particular early Islam’s politicized and aggressive period in Medina (compared with Islam’s spiritual and ascetic period in Mecca).

How does one tackle the misguided religious devotion of young Muslims? The answer lies in reforming Islam profoundly—not radical Islam, but mainstream Islam; its willingness to merge mosque and state, religion and politics; and its insistence that its elaborate system of Shari‘a law supersedes civil laws created by human legislators. In such a reform project lies the hope for countering Islamism. No traditional Islamic lobbying group committed to defending the reputation of Islam will recommend such a policy to the U.S. government. Yet until American policymakers grapple with the need for such reform, the real problem within Islam will remain unresolved. 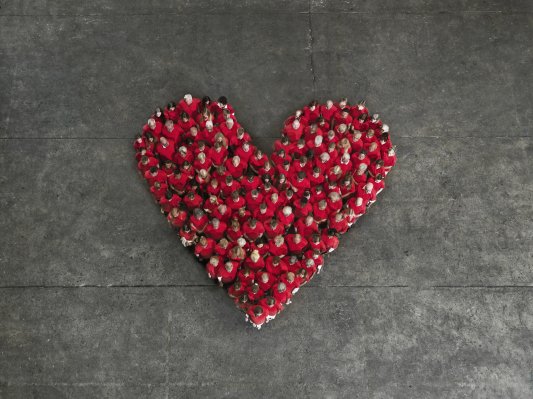 I Think I'm Attracted to White Men Because of My Own Internalized Racism
Next Up: Editor's Pick