The announcement Thursday by America’s largest private employer that it will give half-a-million employees a raise could add to the pressure that a host of other low-wage employers are already facing to pay their workers more. Walmart has 1.3 million workers and is the dominant employer in many American communities, which means that it often sets the floor for wages locally.

“For that prospective employee looking at $10 dollars at Walmart vs. $7.25 at McDonald’s, it’s obvious where they are going to want to work,” said David Cooper, an analyst at the Economic Policy Institute, a Washington-based think tank that advocates for a higher minimum wage. “Walmart needs to think about raising wages to hang on to the best people, and to do this in a public way—that’s an added bonus for them.”

Walmart is not the first big retail company to raise its minimum wage. This time last year, Gap announced it would hike pay to $10 an hour by this year, and last summer, IKEA said it would raise minimum hourly wages to $10.76 effective Jan. 1. But labor advocates said the decision by Walmart, a company notorious for low wages, could put more pressure on employers and policy makers to follow suit.

“I think there will be people that will say: ‘Look, even Walmart, with its record of paying such poverty wages and its record of being opposed to wage increases has recognized that we have to do something raise wage floor,'” said Tsedeye Gebreselassie, a senior staff attorney at the National Employment Law Project.

The National Restaurant Association, an industry group that represents fast-food companies, declined to comment on whether Walmart’s decision would have any impact. “As an Association we can’t comment publicly on what our members plan to do within their own business models,” spokeswoman Christin Fernandez said. McDonald’s, which has been a primary target of advocates campaigning for and organizing strikes of fast food workers, did not immediately comment on Thursday. The median hourly wage at McDonald’s is $9.15, but 13% of employees make only $7.25, according to an analysis of data last year by the website FiveThirtyEight.

Others said that while Walmart’s decision is certainly good news for works, it may amount to little more than a smart public relations move for a company that, for legal and economic reasons, would have had to raise wages anyway. By 2016, many states will already have raised their minimum wage to $10, meaning that Walmart will soon be legally obligated to pay that rate to many of its employees. And with low-wage jobs continuing to grow in number as the economy picks up steam, companies may need to raise wages to compete for workers and stop turnover in their workforces.

“It’s clever politics on Walmart’s part, ” said Jefferson Cowie, a professor at Cornell University’s School of Industrial and Labor Relations. “The writing is on the wall on this question, given the social pressure. They’ll get a big PR payoff for something they’ll have to do in the next couple of years anyway—its already ticking up in the state level.” Cowie said the wage hike is also likely good business. “I think this is a move towards efficiency for them,” he said, “they want to keep the employees they want, so I think they are also making an investment in a stable and committed work force that’s been dragging them down recently.”

But the work isn’t over for organizers. Taking inflation into account, $10 an hour is still slightly lower than the federal minimum wage was in 1968. The Organization United for Respect at Walmart, an employee group fighting for higher wages, said Thursday that it was “proud” of the raise, but called for a continued push to get $15 an hour.

As for whether labor organizers should count this as a victory, Cowie said: “They should be celebrating and then they should immediately get back to work—this is far from over and they have a long way to go.”

Read next: Here’s How Long a Wal-Mart Employee Would Have to Work to Match CEO’s Salary 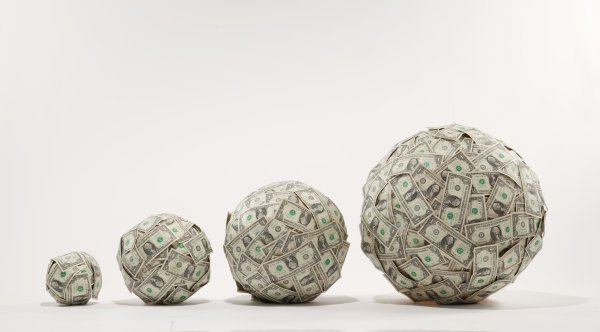 See How the Wealth Gap Between Whites and Non-Whites Is Getting Wider
Next Up: Editor's Pick