Here's Why You May Soon Be Using Sunscreen in the Dark

The guidelines for sun exposure are pretty familiar by now—cover up exposed skin, steer clear of the peak UV streaming hours of 10 am to 2pm, and always, always wear sunscreen.

Now, in a series of experiments described in the journal Science, researchers say that may not be enough to shield against skin cancer. Working with human cells in a lab dish, as well as with mouse models, they found that melanin—which is produced in response to UV exposure to protect sensitive skin from being damaged—may have a dark side to its skin-protecting role. And, even more concerning, the harm triggered by the sun’s rays may linger long after the sun sets.

MORE: You Asked: Is Sunscreen Safe—And Do I Really Need It Daily?

Douglas Brash, professor of therapeutic radiology and dermatology at Yale University School of Medicine, and his colleagues say that activating melanin has lasting effects—some positive, but mostly negative—on the body’s chemistry for up to three hours after sun exposure. That could mean that the risk of skin cancer from agents generated by UV damage continues even in the dark, they add.

Melanin is supposed to be the body’s natural sunblock. It’s released in response to UV light and protects delicate skin from burning, as well as the DNA deeper in skin cells from being scrambled so they don’t cause cancer. But when the scientists exposed mouse cells to UV light, they found that the melanin-containing cells produced mutations, and continued to do so for three hours after the light was removed. Similar cells from albino mice, which are missing melanin, didn’t show the same effect. Human melanin-containing cells also generated these damaging changes long after exposure.

The vast span of time during which damage could occur after exposure surprised the researchers. “To have the [changes] made after exposure is like having a process that should have taken a second during the time of the dinosaurs just finish up today,” says Brash. “That’s how bizarre this is.”

Once activated, he says, some of the melanin is highly energized, and in that state, starts to degrade. “When you create high-energy molecules, the energy has to go somewhere,” says Brash. In some cases, it transfers to the DNA where it continues to monkey with normal DNA codes for hours.

The good news is that this process can be interrupted, as long as the excess energy has an outlet. “If we can divert some of that energy to another molecule and change it into heat, it doesn’t cause problems,” says Brash. In the study, he experimented with some agents including vitamin E, which eliminated the harmful high-energy agents, and kojic acid, which reduced them by 85%.

But it’s not clear yet how these agents should be used or for how long after sun exposure. The findings do make a strong case, however, that applying sunscreen after being out in the sun might become just as important as slathering them on while outside. In the meantime, “continue doing what you’re doing and use sunscreen,” says Brash. “Sunscreens do block UV wavelengths, and will prevent some of these processes from starting. And the lower dose of exposure you have, the better off you are. We just might have to start considering continuing that protection a little longer than we thought.” 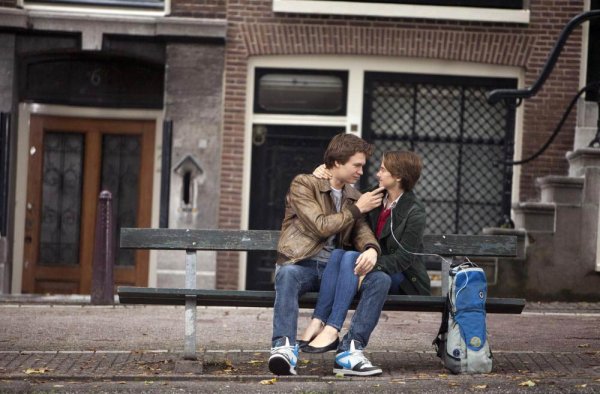 What the Year's Health Films Got Right—And Wrong
Next Up: Editor's Pick