In a speech to the Association of Democratic State Chairs meeting in Washington, the Florida congresswoman called on the GOP to say “enough” after Giuliani said at a private New York dinner he doesn’t believe President Obama loves America.

Calling out a dozen Republican president candidates by name, Wasserman Schultz said, “Now is the time for its leaders to stop this kind of nonsense.”

“One of the Republican frontrunners was sitting just feet away and didn’t say a word,” she added, in reference to Wisconsin Gov. Scott Walker who was in attendance. “I would challenge my Republican colleagues and anyone in the Republican Party to say: Enough. They need to start leading.”

“The mayor can speak for himself,” Walker said Thursday morning on CNBC addressing the controversy. “I’m not going to comment on whether—what the president thinks or not.”

In her remarks, Wasserman Schultz announced that the preliminary results of the party review of its 2014 electoral defeat will be announced on Saturday.

“As a party, we need to do a better job developing a cohesive narrative,” she said. 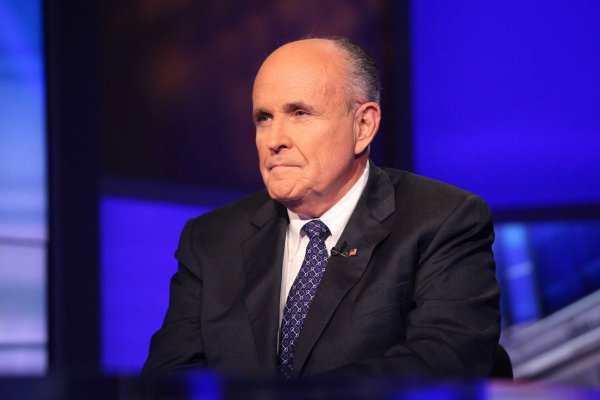